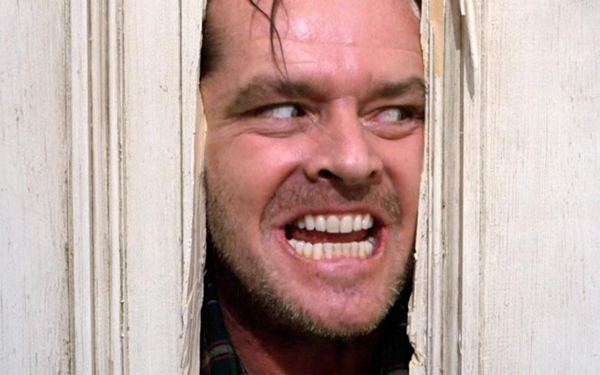 To Every Character Their Moment

They’re what the audience remembers about a great movie. They’re what actors (and script readers) look for in a good script. Moments can be more important than structure; when strung like pearls on a necklace, it is the moments of a film that link writer-to-actor-to-director-to-viewer.

They are what turn film into cinema.

As screenwriters, we spend countless hours crafting our lead characters into living, breathing examples of human desire, strength, and frailty to create these moments. And often, we use the secondary characters to throw light upon these leads through conflict and tension in order to elucidate theme.

When done well, these secondary players raise the screenplay above the mundane. Done poorly, these characters are just tools and functions of the plot.

However, great screenwriters use every character to their best effect. They see to it that each one has their own arc and a focal role to play. These moments add depth and texture, further humanizing the story and promoting that all-important protagonist-audience connection.

Simply put, if a character is worth including in the screenplay, then each is worthy of their own moment in the sun.

Screenplay moments can be effectively created when a character is made more interesting by either going deeper than expected into the archetype or persona or by playing against type.

Typically, your best opportunities to make these characters shine lie in:

Each character has one and it is often the single greatest opportunity the writer has to make the greatest impact. The more power, presence and mystery that can be crafted here, the better, such as in the iconic scene below:

In Star Wars: A New hope (1977), we see Darth Vader for the first time as he enters and emotionlessly steps over his dead troops only to strangle a Rebel Officer when he finds his excuses inadequate.

We had expected the villain of this movie to be over-the-top evil, but we’re startled by the immediacy and severity of his actions, creating the following iconic moment:

The evil Darth Vader stands amid the broken and twisted

bodies of his foes. He grabs a wounded Rebel Officer by

the neck as an Imperial Officer rushes up to the Dark Lord.

The Death Star plans are not in the

Vader squeezes the neck of the Rebel Officer, who struggles

Where are those transmissions you

Vader lifts the Rebel off his feet by his throat.

What have you done with those plans?

We intercepted no transmissions.

Aaah… This is a consular ship.

We’re on a diplomatic mission.

If this is a consular ship… were

The Rebel refuses to speak but eventually cries out as the

Dark Lord begins to squeeze the officer’s throat, creating a

gruesome snapping and choking, until the soldier goes limp.

Vader tosses the dead soldier against the wall and turns to

While the establishing moment can powerfully introduce a character, moments where s/he steps out of plot and acts in a way counter to what we believe is their role humanizes the character, and deepening both our understanding and emotional link.

A great example of combining the first two types of moments is found in Seven Samurai (1954).

The character Heihachi reveals all you need to know about him when he is found cutting wood in order to get make ends meet. The film’s title and setting leads the viewer to anticipate one aspect of the character of the samurai but screenwriters Kurosawa, Motoki and Oguni toy with us by presenting against type in Heihachi’s introduction:

Medium shot of a huge pile of logs. Every now and again there

is a shout and the noise of an axe on wood. GOROBEI’s head

walks round and over the heap, and stands looking down. Track

continues to include a samurai chopping wood. At every

on the grass beside him. Hold on medium shot of him with

GOROBEI in the background. The samurai, HEIHACHI,

looks back to where GOROBEI  is standing watching him,

and then continues. Grinning, GOROBEI sits on the logs to watch.

Without a word, HEIHACHI picks up his sword and moves it away

to his other side, a safe distance from GOROBEI. Music in.

Haven’t you ever seen anyone cut

You seem to enjoy it.

That’s just the way I am. Yah!

High-angle medium shot of HEIHACHI, with GOROBEI’s head and

shoulders in back view in the foreground.

Not really. It’s a lot harder than

Have you killed many?

High-angle medium shot of HEIHACHI in back view, preparing to

chop another log, with GOROBEI, back to camera, in the

foreground. HEIHACHI turns towards him slightly.

Since it’s impossible to kill them

He splits another log and then turns back to GOROBEI again.

– I usually run away.

High-angle medium shot of them both.

He chops a log and sets up the next, raising his axe and

in killing twenty or thirty

This effect is usually reserved for a Reflection character, but can be used by any character in a film who present in contrast to the Protagonist. Their actions, background and origin stories demand comparison and can illustrate the “road not travelled” for the lead character. Understanding the effect of the choices each has made in contrast to one another draws us further into the story:
In The Dark Knight (2008), Harvey Dent is seen flipping a coin, insulting a crime boss and knocking out a would-be murderer, foreshadowing his raise into the character Two-Face:

LAUGHS from the gallery. Dent turns to the JUDGE

Permission to treat the witness as hostile

Rossi JUMPS UP, points a GUN at Dent’s face. SCREAMS from the gallery. Rossi PULLS THE TRIGGER – the gun MISFIRES with a POP. Dent steps forward, grabs the GUN – DECKS Rossi with a RIGHT

CROSS – unloads the GUN and sets it down in front of Maroni.

Ceramic 28 caliber. Made in China. If

you want to kill a public servant, Mr.

Maroni, I recommend you buy American

Aaron Eckhart as Harvey Dent in The Dark Knight

Such moments make these characters more relatable and natural, bonding us to them as we consider: If they are in fact more like us, can it be true that we are actually more like them as well?

So, how can you make these moments work for you?

Understand the back story of each of your character

The more you know about the characters in your story, the better you will see hidden opportunities to give them their own moments. Even taking the time to write a quick paragraph about every character can offer insights (and story possibilities) that you never considered.

Every character you create is like an iceberg. The quirks and motivations that are hidden below support everything the audience will eventually see in them. Don’t be afraid to make even the most minor character as real and individual as possible.

Each character (and person) has their own rule book

The people who know you best can usually predict how you will act a-in any given situation. The same is true for your characters. By knowing how each will react when frightened / excited / aroused / disappointed, you can portray them much more realistically.

Take a moment to understand the dynamics of every possible two character relationship in your story. Stand each character against every other and consider what their relationship might be. I’ve found a wealth of story possibilities through this exercise alone.

Keep the mystery alive in these moments

It is the questions that the audience will have about your characters that keep them engaged. The villain who stops to pet the cat or the Hero who lies for no reason other than embarrassment- each contributes to the wonder on these moments. The most powerful and relatable characters are always the ones that keep us guessing, and who take us out of our expectations. They work best when they share attributes that are, at the same time, beyond our experiences while still being deeply steeped in our everyday understanding of the nature of ourselves. 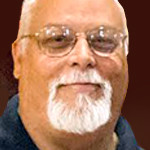 Art Holcomb is a writer and lecturer, who has written for Marvel and DC Comics and the Star Trek and X-Men franchises. He's the co-founder and editor-in-chief of Andromeda Entertainment. <br><br> Check out his brand new ebook: <br><a href="https://creativescreenwriting.com/product/art-holcombs-art-preparation/"><em>The Art of Preparation</em>!</a>