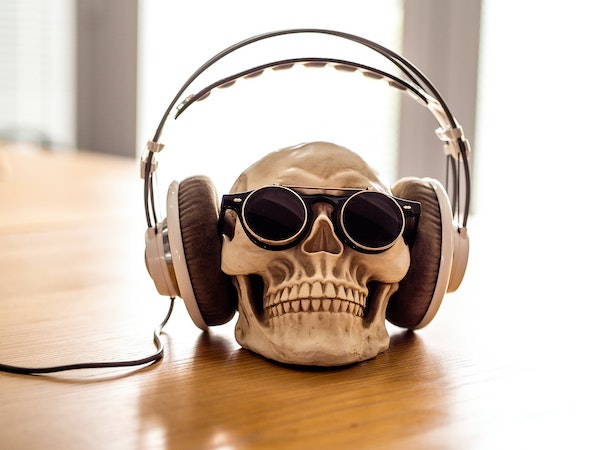 It used to be that best-selling novels were the key sources of adaptations to films and television series. Podcasts are increasingly rivaling them for that place and becoming an inspiration for TV series. So far, the true crime has been the predominant genre that translates to our television screens, but this seems set to change as more fictional podcast narratives enter the film and TV space.

Similar to novels being an attractive proposition for producers looking to acquire popular IP, podcasts are generating sizable numbers of followers which are an in-built audience for their adapted TV shows.

Blumhouse is a company that is always scouring the podcast world for potential material to adapt after the success of The Jinx. According to former Blumhouse executive Marci Wiseman, “About half of our IP is in the true crime space. There is a solid narrative structure to this genre starting with a crime, an investigation, and a payoff at the end when the crime is solved or a mystery is uncovered.” The attractiveness of this format easily lends itself to adaptation into scripted TV series.

The Horrors of Dolores Roach is in advanced development at Blumhouse. “It’s a fun, modern, Sweeney Toddesque dark comedy with a touch of cannibalism,” explained Wiseman. It is based on a fictional narrative podcast and set in the Washington Heights area of New York City in the era of gentrification.

This social commentary on displacement elevates the material and aligns it with the Blumhouse brand. Wiseman cites Jordan Peele’s Get Out as a prime example of weaving social commentary into entertainment to generate value.

Similar to horror, true crime is a popular genre because it is so engaging. “It gives people a sense of security because the crime is not actually happening to them,” said Wiseman. It gives people a chance to play detective from the comfort of their living rooms.

Adapting podcasts into TV series doesn’t stop there. Producers can create brands and further adapt them to movies and interactive formats. They can even create merchandising to build franchises.

As the podcast world becomes increasingly sophisticated with increasing levels of sponsorship, it’s important for screenwriters to protect their IP both from theft and adaptation into derivative works. WGA East is working on an agreement to protect podcast writers.

Podcasts are also attracting higher-level talent to boost their profile. Laura Beil, the creator of the award-winning Dr. Death podcast said, “TV series adapted from podcasts should stand on their own. They are not beholden to the source material. So long as the television show has the same DNA as the podcast, the same heart and soul, it can go in a totally different direction.”

Conal Byrne from I Heart Media extends beyond on this sentiment. “Writers need to tell different versions of the same story – one for podcasts and one for television.” Byrne is responsible for the Root Of Evil and Eye Of The Night podcasts. These were adapted into TV shows as fictionalized versions of their respective unscripted true crime podcasts.

The fluidity of the podcast medium allows podcasts to be reverse-engineered and created from existing television shows. Insecure on HBO was adapted from Issa Rae’s YouTube short videos. The award-winning show has spawned a spinoff scripted podcast series called Looking For Latoya.

Traditionally, true crime podcasts are restricted to investigating or uncovering crimes from the past. To Live And Die In LA, a missing person podcast is presented in real-time by Neal Strauss. This creates an immersive experience that audiences respond to.

As podcasts cement their place in the storytelling universe, writers are looking beyond the true crime genre to take full advantage of the medium. The medical and health space is experiencing a boom, as is travel, food, and DIY, all of which are easily translatable to TV.

Harking back to the days of extended radio dramas, hour-long audio dramas are also experiencing a resurgence. Empire On Blood follows journalist Steve Fishman’s exposé into overturning the life sentence of ex-drug dealer Calvin Buari, wrongfully sentenced for a double murder. Fishman reportedly pitched Buari’s story, “Five different ways before it was sold.” Since Buari isn’t someone society at large would normally empathize with, it made his story more compelling. Empire On Blood had to be more than a black man wrongfully sent to prison. Buari was a drug dealer who lived the high life, but sentenced to life imprisonment for a murder he didn’t commit.

The current social and political climate across the world gives screenwriters access and inspiration to countless story ideas. Paradoxically, we are experiencing story clusters of the same material (such as the Atlanta Monster), meaning that not every version of them can be told. Perversely, we currently have more stories than authentic voices to tell them.

With the advent of major societal shifts, social justice organizations like BLM are taking their place in the spotlight. Conal Byrne asked, “Who do we want our listeners to be? White high-income earners are not the sole future of audiences. We’re in a time of inclusivity, reflection and self-interrogation.”

Podcasts are not only changing the filter of stories but also their lens. We’re in a time where everybody’s points of view need to be taken into account and bring them to an audience.