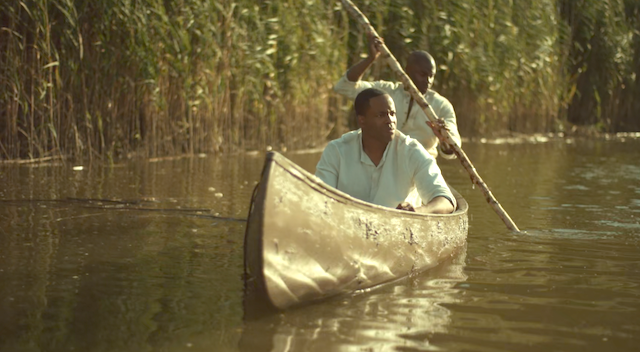 The North Fork TV Festival and Sloan Foundation Science & Tech Script Competition distinguishes itself from other screenwriting contests in that entrants must submit a screenplay where science meets art. The contest aims to encourage screenwriters to create realistic and compelling stories about science and technology and to challenge existing stereotypes about scientists and engineers in the popular imagination.

Our scientific curiosity got the better of us, so we spoke with the winner of this year’s contest, Max Pitagano who wrote the winning script Distemper, and his director Elias Plagianos. Pitango appropriately has a degree in biology and works in a fungal genetics lab. His focus is on biographical stories where he is able to channel his love of science and history. Plagianos is the Director of Programming at the North Fork TV Festival. He was attracted to Distemper due to its social, historical, and scientific relevance.

Distemper tells the true story of pathologist and LGBT icon, Louise Pearce, as she works to find a cure for African Trypanosomiasis (sleeping sickness) as it infects millions across the Belgian Congo.

“The Alfred P. Sloan Foundation has done some tremendous work in the film world,” said director Elias Plagianos. “They’ve produced filmed like First Man, but they wanted to get involved with television and the episodic world.” The foundation saw a rise in quality on the small screen and wanted to see if their message could be moved to television. This led to a contest at the North Fork TV Festival.

We asked the filmmakers what attracted them to the subject matter. “Two-thirds of the population of the Belgian Congo are affected by the epidemic,” said Max Pitango. “Thank God Louise Pearce was able to help these people. Two million people were affected in the Congo, but even today, there is a New York Times article that says people are still affected today.”

“African Trypanosomiasis affected millions of people in Africa, but the story translates to real, modern issues today. The story was about education and awareness about suffering, which is still important today. It’s not a sexy disease and many people still haven’t heard of it, but it destroyed parts of Africa. The same thing sort of happened with Ebola.”

Converting the scientific facts into an engaging screenplay was a major undertaking.

“Max’s script is so strong because it wasn’t a straight story about people going out and trying to solve this sickness. It touched upon so many social issues,” said Plagianos. “The lead character, Dr. Louise Pearce (Abigail Hawk), was a real pioneer and a rebel. She was the first female scientist at the Rockefeller Institute and she was also LGBT and being ‘out’ in 1918 was unheard of. She was a fighter.” Pearce’s struggle still resonates with the LGBT community today. Distemper had to explore character and the emotions behind them.

“It wasn’t just about the sickness. It was about someone who wanted to do something extraordinary with very limited resources, all while going against this world or this place that isn’t allowing her to enter it fully. We sometimes feel the same way as independent filmmakers.”

In real life, it’s unclear why Pearce pursued this career, as there wasn’t a direct connection to anyone she knew who had the disease, but it may have had something to do with her partner, who inspired her to help the sick or poor. Once the winner was announced, Max and Elias worked double duty to meet their production deadline for Distemper.

“Max won the screenplay contest and we had to go into production five weeks later. I did a quick rewrite with notes from Max, the actors, the Sloan Foundation, and the Festival, and I also had to write a script we could shoot for $20,000. This was set in 1918, so that was quite a challenge,” explained Plagianos.

“A lot of the notes were scientific, but Max had already done a lot of the research. As for the narrative, there were some major character changes. Noah, who was white and from Europe… we made him an African man from the Congo, who left, but was raised in Europe. I think this raised the drama and we could attract a great lead actor for the show,” added the director.

Plagianos was set to work with lead actress Abigail Hawk (Blue Bloods, Law & Order SVU) on a film in Cuba, but it fell through due to legal issues, so he reached out to work with her on Distemper. “While reading Max’s script, I immediately heard her voice in the character Max created. It felt like the universe didn’t allow her in the last film because this one was for her.”

Producing a historical piece for $20,000 is no simple task. “I was blessed to work with creators who could make a world that really felt like 1918 New York City and then 1918 Congo. We had to shoot the entire project in three days and every day was a new challenge. We had to shoot the Congo in a New York stream, find the right outfits, keep on schedule, and make sure the furniture was of the era. It was a challenge, but when creative people get inspired, they go out of their way to make it work.”

“There were many nights where you wanted to give up. A vendor made a promise, but then doubled the fee. A very famous actor was involved in Distepmer, but he had to change his schedule because of a hurricane in New Orleans. You just have to solve problems creatively.”

Given the budgetary constraints and punishing production schedule, Distemper was faced with many opinions on which direction the story should take.

“It’s the director’s job to make sure everyone is heard, but also to focus everything into a unified voice. At the same time, you make some changes when it’s another person’s script to make sure there is some of you in it, so you can make it your project.”

“Max is much younger than I am, so I’m kind of an old man who has seen more of the world. It was so much fun having Max’s voice there, but I needed to add a darkness to this world to then show the goodness. A great storyteller needs to be observant and you also have to know what stories need to be told. You just have to make sure you go out with the best version of your script, but everything is so heavily scrutinized and you usually only get one shot, so you don’t want to blow that shot.”

Max Pitango actually quit his day job to work on set and make sure production was headed in the right direction. “It was inspired by actual events, but you also have unsung heroes who were looked over in their time. You really feel like these heroes gave away so much that you want to pay tribute to them. The hope is that we’ve done enough to honor them and the work they’ve done. It needs to be true to character, but also true to the narrative.”