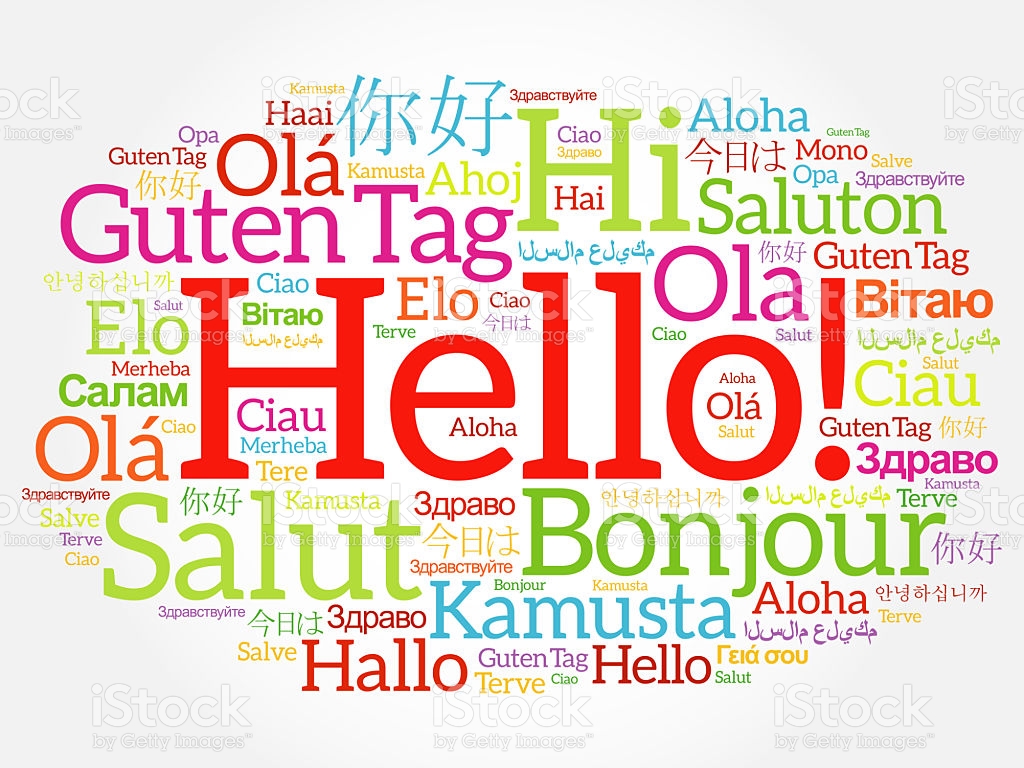 Screenwriters are often told that actions speak louder than words, or the time-honored adage, “show us, don’t tell us.” But carefully constructed dialogue is vital to make your screenplay pop. Dialogue expresses the thoughts of your characters when actions can’t fully do so. Dialogue reinforces or contradicts actions. Alternatively, dialogue can act as the story scaffolding in your screenplay without it being a crutch.

Dialogue is not, speech, strictly speaking, but rather a representation or approximation of speech. It is a stylized version of the way people speak which can range from the realistic to the elevated. Similarly, characters are not people, but an aggregate of personality traits to resemble a person.

Strong dialogue humanizes your characters and brings out their individuality. It depicts their goals, opinions, values, aspirations. and fears.

Here are some ways to expand the impact of your dialogue:

Yo, hi, hey, greetings, hello, hiya, hey girl, ‘sup, and hola all say the same thing, but say it differently.

Each one of these expressions suggests differences in age, gender, ethnicity, formality, and relationship status. Decide which one of these your character is most likely to use in order to best convey their intention.

There are some forms of dialogue which are best kept factual, unedited, and unemotive. These are often seen in TV procedurals and films such as medical, legal, and criminal. A judge will begin court proceedings much the same way:

“All stand.
Department [insert number] of the [court type] Court is now in session.
Judge [name] presiding.
Please be seated.”

Detectives will always read someone they’ve just charged with a crime their Miranda rights in the same way.

“You have the right to remain silent.
Anything you say can and will be used against you in a court of law.
You have a right to an attorney.
If you cannot afford an attorney, one will be appointed for you.”

Similarly, surgeons will use standardized words for medical procedures. Unless you are writing a highly stylized screenplay, do not amend, or even guess, this form of static dialogue. Can you imagine if a judge began proceedings with:

“Yo cool cats and kittens.
This is your guardian of the law.
Yada Yada Yada.
Butts on seats.
Let’s get this show on the road.”

Slang is spoken with a high degree of informality. It is specific to a situation and the level of intimacy between two or more characters. that identifies them as a member of a group.

Slang may be exclusive, so that people outside the community in which it is widely spoken may not necessarily understand it, or not. Expressions like “hang out”, “chill.” Neither suggests you suspend yourself from your limbs or enter a freezer.

Think of the different ways you can say someone is drunk:

Think about who might favor a particular expression over another. Color your dialogue with some of these expressions to better define your characters.

Colloquialisms are related to slang, but tend to be prevalent in a particular region, or a specific demographic. Here are some Gen Z you can add to your lexicon list:

Limericks are a form of verse consisting of five lines. They are frequently used in children’s films and TV shows, but also in more ribald adult shows that would make a sailor blush. Limericks can act as a self-contained story, a humorous interlude to the main story, or to simply progress the story.

Rhyme is an elevated type of dialogue where two or more successive sentences end in words with a similar sound. There is a rhyme component in limericks in lines 1, 2, 5, and 3 and 4.

This difficult to pronounce word occurs when words (either used or created) mimic the sounds of an action or object. The most memorable use of onomatopoeia is evident in the original Batman TV series – Kerpow! Zlonk! Krunch! Swap!

Puns are a humorous form of wordplay where a word intentionally has multiple meanings of similarly-sounding words. So, the expression “No Pun Intended” is often incorrect.

This is another form of wordplay in which the user unwittingly misuses a word for a similar-sounding one to nonsensical effect. It can be an honest mistake or deliberate use with unintentional consequences when the user tries to use heightened or more formal language.

These are the most considered and deliberate uses of misuses that rely on ambiguity to work. The term translates as “double meaning” from its French.

Double entendres are used as an indirect form of communication when the intended meaning is too suggestive, offensive, or inappropriate to be said directly.

She’s been plucked since I saw her last, and not by you – Shakespeare In Love

Pay attention to how people end their sentences. Use endings like Yo, Duh, Even, But, and Eh? to differentiate between characters.