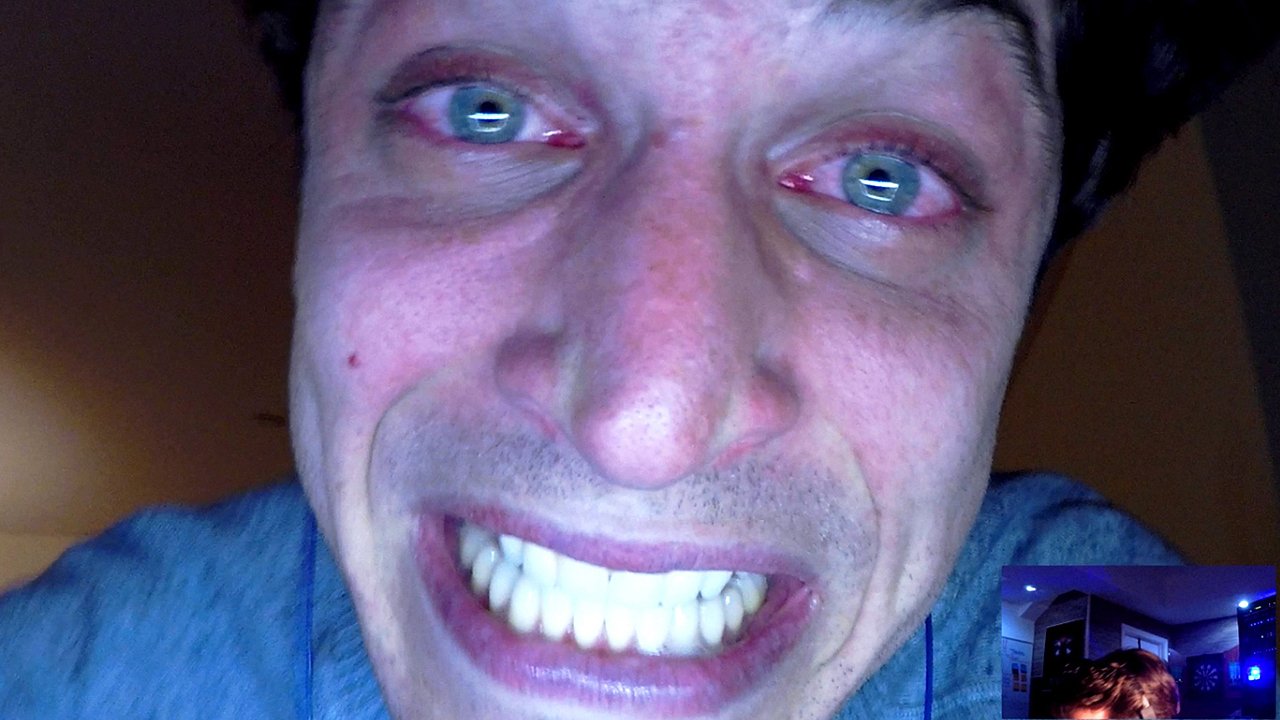 “Unfriended: Dark Web” Pins Its Characters and Audience to Their Seats

In 2014’s “Unfriended” the narrative wrestled with five teenagers glued to their screens to avoid torment from a vengeful hacker. Its sequel “Unfriended: Dark Web” deals with the similar trope with significantly more success. The villain here is actually an underground cabal with a reach that would envy the Illuminati. The persecuted young folk here have nowhere to run or hide, so they might as well stay connected online and suffer together to defeat it.

The story starts with 20-something Mattias (Colin Woodell) hooking up his new laptop as he gets ready for an online game night with his friends. Lexx (Savira Windyani) is a hipper-than-thou DJ, Serena (Rebecca Rittenhouse) and her girlfriend Nari (Betty Gabriel) have news about getting engaged, AJ (Connor Del Rio) is a conspiracy theorist with his own YouTube channel, and Damon (Andrew Lees) is a savvy computer expert living across the pond in London. Everything we see in the film is from the POV of Mattias’ new computer and every window he opens on his screen, we experience the same on our movie screen.

Unfortunately, Mattias is dirt poor and barely has enough money to treat his deaf girlfriend Amaya (Stephanie Nogueras) well, let alone afford a fancy new upgrade from the Apple store. That’s why he’s swiped this laptop from the Lost and Found bin at a local internet café. As he overrides the existing password of the owner to get in, he discovers the traffic history of the original guy and all the nefarious shenanigans he’s been up to.

Meanwhile, game night awaits, and his unaware buds are pulled into the danger as Mattias lies about how he came by the new laptop and logs them all onto Skype. The handsome, but slow-thinking thief also wastes a lot of time trying to persuade Amaya to forgive him for giving up on trying to learn sign language too. But as Mattias fails to get the game night going smoothly and cajole Amaya into joining them, the original owner logs on from another computer and discovers what Mattias is up to. The villain can see all of Mattias’ open windows too, and soon Amaya and all his friends, not to mention the online history, are being shared.

The original owner, monikered “Charon IV” (Douglas Tait), starts threatening Mattias to get his computer back and shows he means business by breaking into Amaya’s apartment as she showers. While there, to get Mattias quaking in his reboots, Charon IV murders Amaya’s arriving roomie. Now, at this point, Mattias should log off, get his computer to Charon IV, and save his girl. He’s not able to, as his friends have figured out some of what’s going on, and Mattias needs their computer expertise to help him defeat Charon IV. Soon, they’re opening all of the secret computer files and discover that their stalker is deeply involved with a deep state online that is kidnapping teens and creating snuff films. Worse yet, it looks like the evil underground group has members in all corners of the globe.

This is where the film gets quite smart and eradicates lesser “get out of the house” films. These young Turks realize that they’ve tapped into a truly evil consortium, one with long tentacles across the globe, and they’re just smart enough to be able to hurt them too. Soon, they’re hacking into Charon IV’s data, downloading it, and identifying his kidnapping victims. AJ and Damon, in particular, prove invaluable as they not only know all the ins and outs of computers, but they have an understanding of the ‘Dark Web’ as well. (All that conspiracy stuff really helps A.J. fill in the blanks.)

Mattias, as awful a hero as he is in endangering every one of his friends throughout, is wholly justified in remaining online hereafter as he needs their help to figure out how to best ‘control+alt+delete’ Charon IV. He’s also dependent upon staying online as he needs to keep in contact with Amaya as she is en route to his apartment, while under the constant gaze of the stalking Charon IV.

As the stakes rise, and the creepiness of this cabal accumulates, especially when dozens of other members hack online too, the friends stay put in front of their computer screens exemplifying a “Hang together or surely hang apart” credo. The fun of the film is showcased with the back and forth between the good guys and the bad guys. Our hopes even raise when they force Charon IV to reveal himself, and he’s little more than a spindly 20-something guy. Soon, all kinds of cell phones are being hacked, along with city grids, not to mention the many cameras throughout the city.

It’s refreshing to see characters only a few years past their teens portrayed in horror as being such smart cookies. Usually, they all have it coming from the get-go, but not here. These friends are truly savvy in trying to salvage their fates against enormous odds.  They don’t have quite the mad skills that the organization has, but they’re shrewd enough to give the firm a run for its money. It helps make this 88-minute game of “cat and mouse” feel fair, move swiftly, and deliver honest thrills and chills. Kudos to writer/director Stephan Susco for tightening the screws from the moment he starts his story, as well as cinematographer Kevin Stewart and editor Andrew Wesman for ensuring all the action is mean and blunt without being overly graphic.

Susco does something almost miraculous here too by pinning us all to our seats with one of the most effective villains to appear in a horror movie in a very long time. If Russia can hack our elections, and identify theft can victimize thousands each year, why couldn’t a nefarious organization wreak all kinds of horrible havoc in the lives of everyday folk? This film’s power comes from reckoning that the World Wide Web is really the Wild, Wild, West, an unknown landscape with not nearly enough laws or accountability.

It’s been a good year for horror with exemplary visceral thrills being delivered by “A Quiet Place”, “Upgrade”, “Hereditary”, and now this one. And while “Unfriended: Dark Web” isn’t in the league of “Jaws” or “Psycho”, it does share with them the power to make us evaluate our behavior. How many of us still think about shark attacks when we wade into the ocean or maniacs with a knife when we shower in a hotel?

I wonder if the next time we go online to share a selfie, or post something filled with vitriol on Twitter, will we wonder if a nefarious cabal is seeing it? And if so, will we unwittingly invite them to hurt us? The Dark Web awaits, people. Log on at your own risk.

Catch the trailer for UNFRIENDED: DARK WEB below: