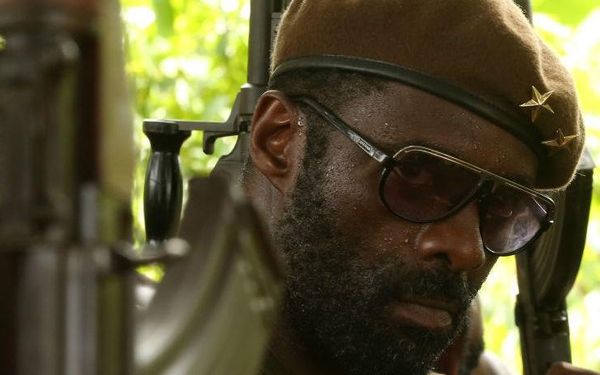 “We’re not saving the world. We’re telling stories.” Cary Joji Fukunaga on Beasts of No Nation

Beasts of No Nation is the first fictional feature to be released by the streaming, multi-platform giant, Netflix. An emotionally demanding film, Beasts is the next step in Cary Joji Fukunaga’s collection of dramatic stories, including Sin Nombre, Jane Eyre and the highly-awarded HBO series, True Detective, where he received a Primetime Emmy for Outstanding Directing in a Drama Series.

With Beasts of No Nation, Fukunaga is in the driver’s seat of writer, director, and cinematographer. The story follows Agu (Abraham Attah), an African youth bereaved by civil war, who ends up in the battle, under an enchanting sociopath played by Idris Elba (The Wire, Luther).

Tell me a little about your background and what led you into screenwriting.

I started screenwriting pretty young. I think I finished my first screenplay when I was around fourteen. That’s actually how I learned how to type. I’m not really even sure why I started. I studied creative writing in Junior High and I was really into the idea of storytelling; always having stories I wanted to tell. I wouldn’t say the writing was very good back then but I was doing it.

What were some of your influences back then—either in film or literature?

One of my favorite books growing up was Alex Haley’s Roots. I read that when I was thirteen and then I read an autobiography by Malcolm X when I was around 14. Alex Haley is probably my favorite author. Basically, I think I was coming alive at that point. I was a little more conscious about what was happening in the world.

Prior to that, my favorite book was probably The Lion, the Witch, and the Wardrobe (C.S. Lewis). I don’t know what happened when I was thirteen but I definitely changed my interests. Then I went on to read Toni Morrison (Beloved, Song of Solomon, The Bluest Eye) and her magical realism, before moving into Garcia Marquez (One Hundred Years of Solitude, The Autumn of the Patriarch).

Beasts of No Nation, by Uzodinma Iweala

What made you want to adapt the novel for Beasts of No Nation?

I had been working in the subject already for about six years, trying to come up with some kind of story about the civil war in Sierra Leone, the displaced people, and child soldiers. Then I read through the novel and I loved the elegant and concise way that Uzodinma Iweala told the story.  I felt that would be the best way to enter the subject.

Several articles depicted this film as having dangerous sets or locations. How does this film differ from other films you’ve written or directed?

The sets were not that dangerous. Many of those things have been exaggerated, like saying that Idris had almost fallen to his death. There are always dangers on a movie set. There is heavy equipment and lots of people moving around focused on their individual jobs, but I think the sets were relatively safe, given the locations we were shooting at. No one was seriously injured or in danger of being seriously injured.

I think part of this is due to the Sarah Jones—rest in peace—incident. “In Memory Of…” was all over our slates and responsible, safe filmmaking was of the utmost concern. We’re not saving the world. We’re telling stories. That’s the nature of what we’re doing, so there is no reason anyone making the story should ever be at risk.

That said, there were definitely extreme conditions, such as shooting in tropical situations or a cold environment in the middle of the rainy season. We’re on the equator. Short days. Not a lot of money and an ambitious schedule in terms of what we’re trying to get done within those days.

Idris Elba as Commandant in Beasts of No Nation

What kind of research outside of the novel was involved to tell the story?

I had done six years of research before reading the novel so I read a lot of books and a lot of human rights reports. I read a lot of first person narratives. I actually went to Sierra Leone myself in 2003 to conduct additional research. Once I came back to get ready to make the film, I did a lot more updated research within the subject and I tried to include as much information as possible into the final screenplay.

After you’ve compiled the research and it’s just you alone in the room, what are your writing rituals?

I write in a very compressed period. I don’t like to extend it or work on something too long. When you’re writing, I think it’s important to make it happen. There is something about a focused amount of writing. So I do a ton of research and a ton of outlining and then I don’t leave my apartment day or night to write. It might take me until three in the afternoon to actually begin putting words down, but that’s just part of my process.

What do you find to be the most difficult step in the writing process?

Starting. Starting is definitely the most difficult. Once you get started and your mind is in gear to do it, then you’re great. But I will avoid the writing process—and not intentionally because I know I have to write—but I will find other things to do.

Cary Joji Fukunaga on set of Beasts of No Nation

When writing, do you see everything in your mind, and know what the shots will be, or do you discover scenes on location?

I definitely have a lot of shots in my head beforehand, but not every shot. There are a lot of things I’m experimenting with on a general format and I’ll write down the minimal version beforehand and then I’ll find the rest on set. Then there are other setups where I know exactly what I’m trying to shoot.

Shit, I don’t know. Even for me, my tastes are so wide and I like different things for different reasons. So it might be the character in one, and the environment or the execution in another. It’s varied what makes a good story. I think, ultimately, whenever there is a story and you want to know the next beat, then that’s a good story, even if it’s not well executed.

What advice do you wish you had earlier in your career—either in writing or directing?

I think that’s why I fit it into a two-week writing period. If you can’t plan out some kind of draft in that time period, even if it’s not a good draft but something that approximates what you’re going after, then you may never finish it.

It’s about making sure you finish something and seeing it through until the end. I wish someone had told me how easy it is to write a first draft of a feature film. It seems daunting but if that’s what you want to do, writing a 110-page screenplay is much easier than writing a novel, where everything is about the prose, the structure, the format, or the tone of the author. That’s much more complicated than writing a screenplay.

In addition to the writing, you have a unique style of filmmaking. What were some of your cinematic influences?

I don’t think I’m that unique. Up until now, a lot of my films were studies on classicism, so I don’t think I’ve totally branched out to find my own unique voice. I still feel like I’m discovering it.