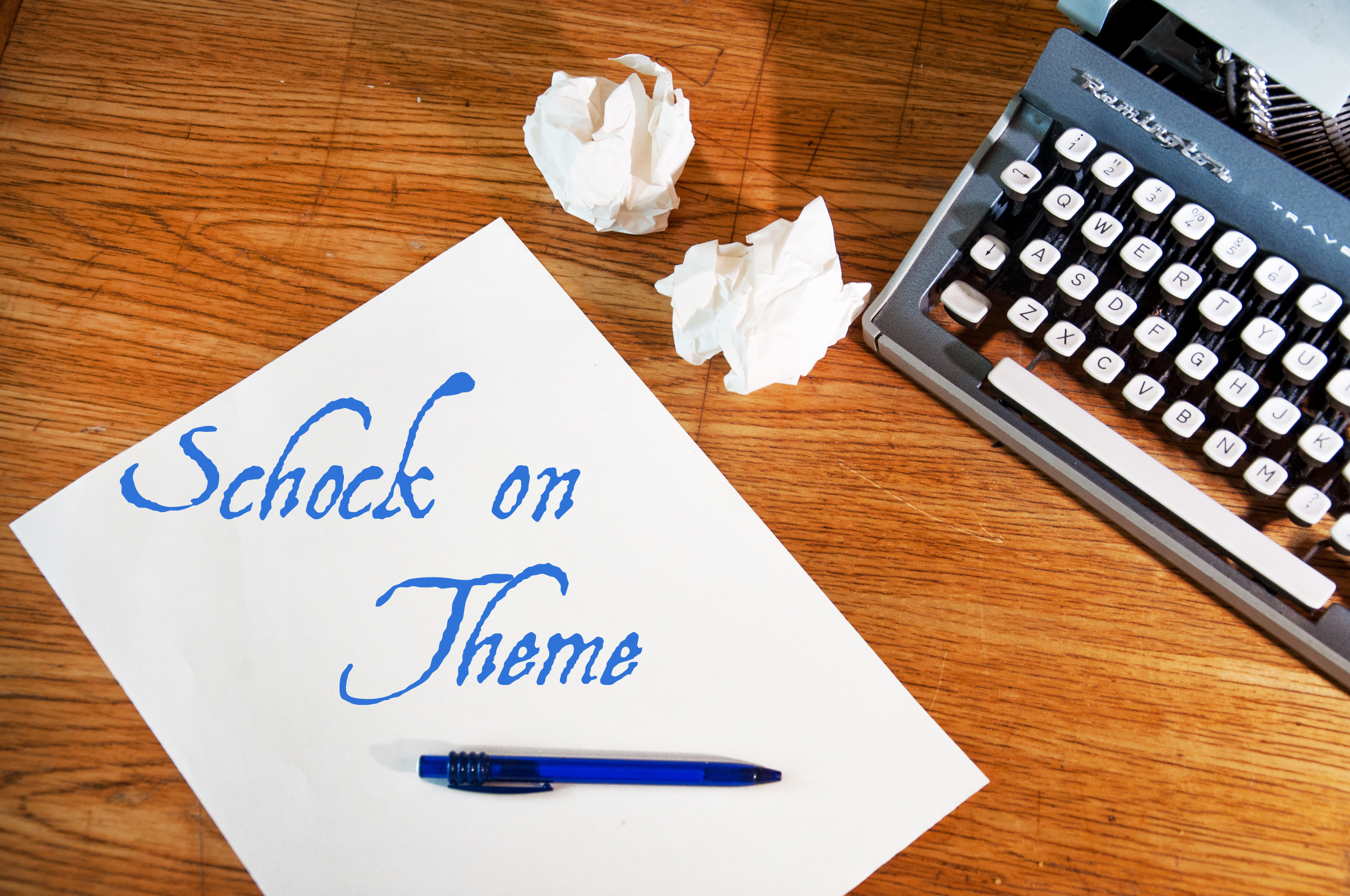 What a Story Believes In: The Thematic Argument

Theme is an abstract concept by nature, and thus has always been difficult to define or comprehend. To put things most simply, the theme is what the story “believes in.” It contains the underlying values, principles, or beliefs the story intends to express. A clear and recognizable theme will guide the choice of story content, deciding what kind of actions and events are relevant to the story’s message and which are not. In this way, the theme provides cohesion. It ensures that every narrative element revolves around a single set of ideas and works to express a clear and unified meaning.

The fact that theme is abstract and invisible poses a number of difficulties. Since the cinema can only communicate through what can be seen or heard, the theme cannot be delivered directly. One cannot put on screen that which has no shape or form. For communication to occur, the theme’s abstract ideas must be translated into observable characters or events. But whenever there is translation, there is always the risk of mistranslation. The storyteller may fail to communicate his or her message clearly enough for the audience to understand. The audience may then misinterpret content and assign meanings the storyteller did not intend.

Sometimes storytellers overcompensate for this possibility by expressing thematic content overtly, often with an over-reliance on dialogue and heavy-handed symbolism. However, thematic material can distract from the story when delivered in this manner. What should be a story turns into a sermon. What should be entertainment turns into propaganda.

To avoid this problem, it is important to make the distinction between a thematic message delivered through a story opposed to one merely delivered by a story, as the former is far more effective than the latter.

Infamous propaganda film: Triumph of the Will

When thematic content is communicated by a story, this means ideological material has been tacked on to an existing narrative like superficial ornamentation. A piece of dialogue here, a symbolic visual there, a rousing speech with an upswell of music to make it perfectly clear that this is the moment when the audience is supposed to learn something. Since the story could have gotten along perfectly well without these additions, this content is extraneous to the narrative and stands out in an unnatural light. The storyteller is attempting to impose meaning through outside interference rather than allowing the story to express itself through the natural dramatic process.

In contrast, when theme is delivered through a story, the thematic message is derived from the content of the narrative itself. In a great story, plot and character material pull a double duty. Physical elements of narrative act not only to serve their own purposes, but also as representatives of ideological meaning. Thematic content is not separate from plot and character. They are actually one and the same. In this way, the theme develops invisibly under the cover of the film’s observable action. By paying attention to plot and character, the audience simultaneously receives the story’s meaning.

This process of thematic communication is often difficult for developing writers to understand. Fortunately, a basic narrative structure exists to aid this process, one that naturally integrates into the established structures of character and plot. This structure is called the THEMATIC ARGUMENT.

There is a common misconception (particularly among beginners) that the expression of theme remains stable and absolute from the beginning of a story to its end. Many assume the theme must be chiseled into stone from the start and then repetitively hammered into the audience’s heads without change or alteration. Yet in the best of cinematic narratives, this could not be further from the truth. Like plot and character, a story’s theme develops over the course of the narrative through a process of dramatic change.

At the beginning, the story’s premise establishes certain values, principles, or ideas to be examined by the story’s events. As the narrative develops through plot and character, dramatic conflict creates questions and doubts regarding the worth or veracity of these thematic ideals.

Since the story’s dramatic outcome remains uncertain, the thematic message remains uncertain as well. This state of ideological doubt persists until the final climax. It is only once all dramatic conflicts have been resolved that the story can finally express its meaning in a clear and conclusive fashion.

We call this structure the Thematic Argument because this is exactly what it provides. It is an argument, a debate, a battle between two contradictory principles. On one side of the battle is the specific value, idea, or belief the story wishes to promote. We will label this the THEME. On the other side is the exact opposite of this value, idea, or belief. We will call this the ANTI-THEME.

To provide more concrete examples, Chinatown pits the value of integrity against the value of corruption. One Flew Over the Cuckoo’s Nest presents a battle between individualism and conformity. In The Godfather, characters struggle with dilemmas between moral idealism and moral practicality. These two ideological sides engage in a debate through the story’s physical actions to decide which is better, which is stronger, which leads to victory and which to defeat.

Marlon Brando as Don Vito Corleone in The Godfather

To provide the strongest argument in favor of the story’s intended theme, content related to the opposing anti-theme must be granted equal presence within the narrative.

Anyone with experience in competitive debate should understand why this is. In debate, it is not enough to simply provide evidence in support of one’s own position. One must also recognize and then disprove the arguments of the opposing side. An idea is proven superior only if it can defeat those levied against it.

For a proper and balanced Thematic Argument, a story must present its theme and anti-theme in equal amount. A story about telling the truth must be filled with characters who lie. A story about justice must contain plenty of injustice. A story about freedom must show what it is like to have freedoms taken away. Through narrative action, the story puts both values to the test, allowing the audience to see the positive and negative outcomes of each. Eventually, the behaviors on one side of the argument conquer those on the other side, winning the ideological debate.

Now comes the tricky part. We are not creating a sermon, a lecture, or an essay on morals. We are creating a story. Stories are meant to entertain. The cinematic story primarily entertains through conflicts of plot and character. If the Thematic Argument is to deliver its message without distracting from the entertainment, its ideological debate must not occur separately from these conflicts. It instead must develop through these conflicts themselves.

Basically, theme uses the conflicts of plot and character as a Trojan Horse. The storyteller imbues characters and situations with certain qualities which allow them to act as symbolic representatives of the theme or anti-theme. When forces collide, one side symbolically fights for the story’s thematic value and the other side for the anti-thematic value. This way, the story entertains while it communicates and communicates while it entertains. The Thematic Argument not only avoids distracting from the entertainment, but is the entertainment itself.

To provide a simple example, One Flew Over the Cuckoo’s Nest creates both its dramatic action and its Thematic Argument by placing R.P. McMurphy (the ultimate individualist) into a mental hospital (the ultimate environment of conformity). This creates physical as well as ideological conflict. Each action by the force of individualism is met by a strong counter-action by the force of conformity. Since McMurphy refuses to yield to conformity, his actions create an escalating series of events leading to a final climax where one value permanently defeats the other.

Will Sampson as Chief Bromden and Jack Nicholson as R.P. McMurphy in One Flew Over the Cuckoo’s Nest

To use an imaginative metaphor, think of the Thematic Argument as a war between an angel and a demon. Both the angel (the theme) and the demon (the anti-theme) wish to destroy each other. However, both entities are abstract beings lacking physical bodies. This means there is no way for the angel and demon to fight each other directly. The only solution is for both parties to possess the bodies of mortal men or women so they may take action through them.

Tilda Swinton as Gabriel in Constantine (2005)

To provide an example, Luke Skywalker in Star Wars begins as little more than an innocent bystander swept up in outside events. Upon meeting Obi-Wan, Luke is introduced to The Force. Thematically, “The Force” can be seen as a metaphor for selfless benevolence; the act of putting aside all personal needs to protect and care for others. In other words, the story’s thematic value. Yet while Obi-Wan encourages Luke to embrace this value, his words are countered by Uncle Owen who tells Luke to mind his own business and Han Solo who claims that any smart man looks out only for himself. While story events provide Luke with evidence both for and against both sides of the argument, he remains on the fence until the story’s midpoint.

In Star Wars, this event occurs when Luke and his allies find themselves trapped aboard the Death Star. Separated from Obi-Wan, Luke takes his first steps towards heroism by deciding to take it upon himself to rescue Princess Leia. With this, Luke finally commits himself to the value of selfless benevolence, and by officially joining the Rebel cause Luke henceforth fights as the value’s champion.

To summarize, while the two sides of a story’s dramatic conflict are engaged in a physical battle, they are also simultaneously engaged in an ideological battle. Each side of the conflict champions not only their own causes, but also the cause of the theme or anti-theme. The protagonist begins as an independent party in this battle, but is eventually forced to choose a side through the processes of the Character Arc.

However, just because the protagonist chooses a side, this does not necessarily mean that side will win. What the protagonist believes to be the right choice does not always prove to be the correct path to victory. Because of this, the outcome of the story’s physical conflict also decides the winner of the Thematic Argument. When the plot’s two opposing sides meet at the story’s final climax, the champion of one value defeats the champion of the other. This resolves the Thematic Argument by proving the victor’s supported value to be the greater thematic ideal.

This is an edited excerpt from chapters 1-3 of Michael’s new book, Screenwriting & The Unified Theory of Narrative – Part I: The Unified Narrative Structure.