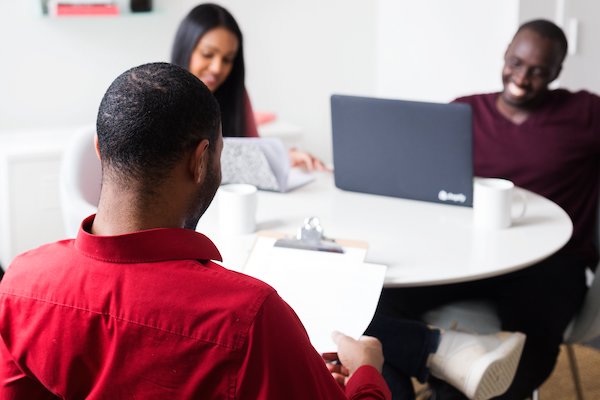 What Is A Mini TV Writers’ Room?

You’ve heard of mini-me, but have you heard of a mini writers’ room? It’s not a TV writers’ room set up in the stationery cupboard or other cramped space. Mini rooms are often considered to be compressed, preliminary versions of a fully-fledged writers’ rooms without necessarily being tied to the production of any particular TV series. The “light” version without so many calories. They offer flexibility and fluidity in the way TV shows are being produced with less financial risk. A decade ago, they were relatively rare, but they are gaining traction in the television writing space.

Mini rooms can be viewed as testing grounds for new TV show ideas with a relatively high expectation that the entire season won’t ever get written, let alone go into production. Think of them as industry prototypes where only a fraction will be mass-produced and distributed; a long term audition if you will. They are the television equivalent of startup incubators because they can bypass the time and expense of shooting a pilot which doesn’t go to series. Believe it or not, that was the broadcast television business model when seasons typically lasted for twenty-six episodes. Now, TV series can be limited four-part series all the way up to thirteen. On a more positive side, mini rooms allow for a more agile transition to full-season orders often seen on streaming platforms.

They are increasingly being used in lieu of standard TV writers’ rooms bypassing WGA writers’ room rules. However, the WGA has set up some rudimentary guidelines for what writers should negotiate in their mini-room contracts.

You may be also familiar with breakout rooms which serve a different purpose. Breakout rooms are designed to make the main room more manageable. The function of breakout rooms is to perform smaller, more specific tasks such as getting a group of TV writers to outline an episode or write jokes. Think of them as elves in different sections of Santa’s workshop performing distinct tasks. They are part of a whole and often reconvene to share their thoughts with the entire writing staff.

Mini rooms are more independent and don’t necessarily overlap with the main room to share their material. Although they operate with a fraction of the normal writing staff, they are not considered to be staffed rooms. They are also a way for inexperienced writers to get an authentic TV writers’ room experience and road-test their material before a network commits to a TV series. Mini rooms also allow for a more intimate and open environment free of too many conflicting opinions which makes it difficult to make decisions.

Aside from budget, casting, and other business decisions, mini rooms perform fast turnaround development roles. For instance, if a network wants to develop a TV series about a major world event, a mini room might convene to discuss their ‘take’ on the material.

This is sometimes referred to as a “pressure test.” A small group of writers (sometimes as small as three or four) discuss many ideas with very broad strokes.

These television concepts are at different stages of development so the discussions vary in content. At the most fundamental level, writers decide if the idea “feels” like a TV series. Does it have room to grow into multiple seasons?

If there are multiple ideas for the same type of TV shows such as police procedural or family comedy, a mini room might decide on the most viable ideas to pitch to the network.

On another level, executives might want to work with a piece of talent and want them to pitch new and original ideas for television shows. They may be showrunners with a network deal or promising new writers who aren’t ready to run their own TV series.

There may also be reverse-engineered rooms where network executives are changing the brand or target demographic and writers are asked to pitch concepts that cater to those audiences.

Mini rooms don’t always exist for prospective shows. They may be used for greenlit shows or TV shows currently on air.

This is the next step from the blue sky phase when ideas are more galvanized. Writers may discuss character arcs, season arcs, or major story beats to be covered. They may even be adventurous and discuss additional material such as second screen content, web series, behind the scenes footage, or a “making-of” documentary.

These situations arise when an actor is injured or otherwise indisposed and a mini room convenes to write the series around them. It could also be that certain locations are no longer available, or that previously unavailable locations (and talent for that matter) have opened up.

All scripts have live read before going into production. Sometimes the network executives or producers want the jokes to be funnier, the dialogue to be sharper, or the storylines tightened. Mini room writers are tasked with the job of doing these polishes quickly. Punch ups are more rapid than fixes.