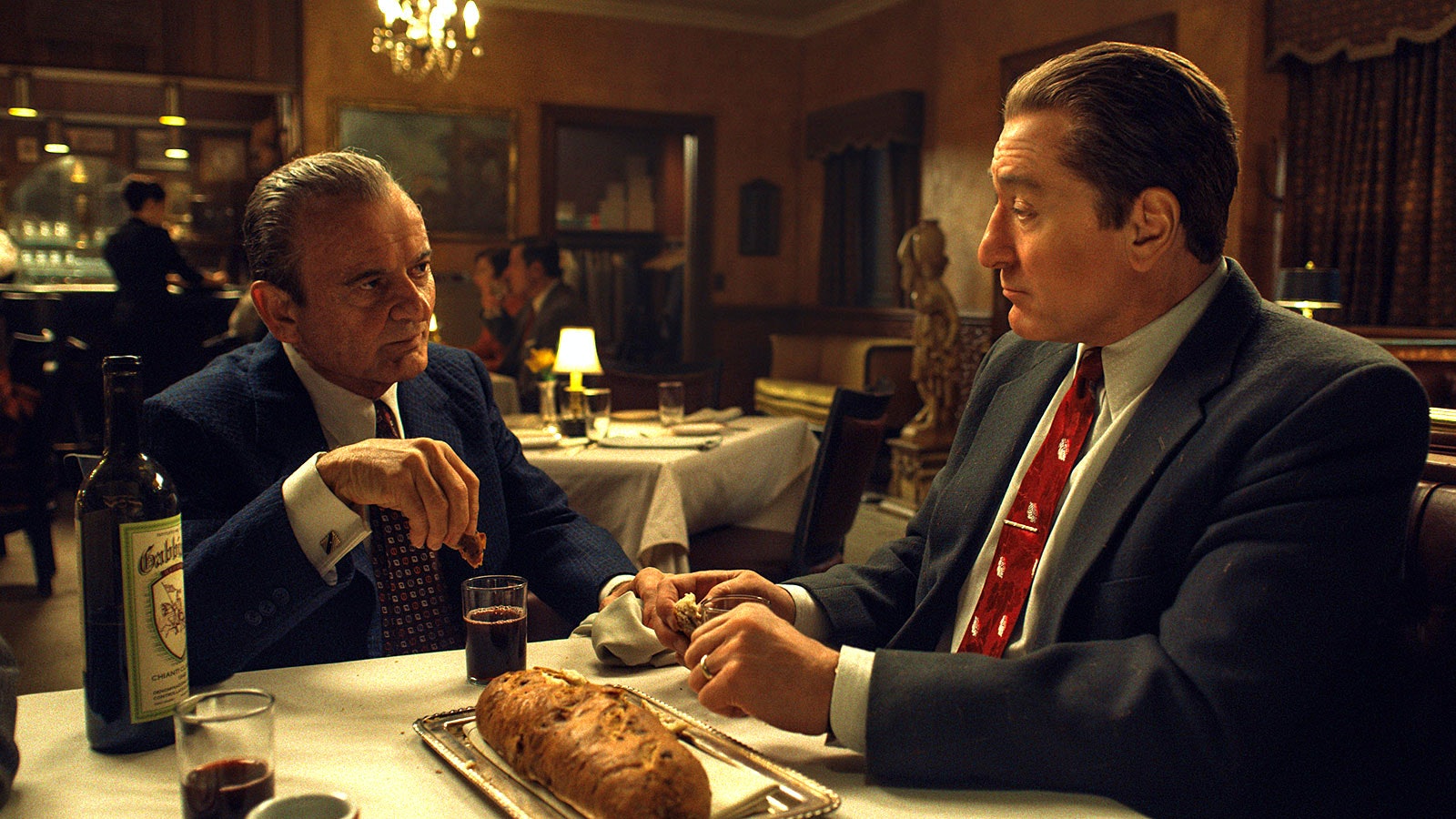 It’s hard to imagine a more enduring genre film type than the gangster movie. Of course, traditional gangster films, as with most genre films, have mutated into powerful crime TV shows like The Wire, Ray Donovan, and The Sopranos or films like Proud Mary and The Departed, but the core elements are still there. Since 1931’s Little Caesar and Public Enemy, the bad boys and girls of organized crime and their nemeses, the cops, have dominated many decades of box office and television markets.

What makes them so enduring?

Not that we’d actually want to live in these worlds of violence and betrayal but they must fascinate us since we continue to write and produce them and audiences continue to consume them. Most recently, The Irishman became a smash on Netflix directed by no less than Martin Scorsese who has directed or produced more films about the underworld than any single director. Even though The Irishman is based on the non-fiction book I Heard You Paint Houses by Charles Brandt and charts Jimmy Hoffa’s rise to power nearly 70 years ago, it feels as if this is still a world worth exploring. There are many questions as to how unions became so powerful and how they were corrupted. This movie gives us some insight and we lapped it up.

The world of crime is one of opportunity and rampant greed. Primarily male-dominated criminals looking to make their way in the world; perhaps not as we’d do it, but nonetheless, typically a place or time where if you’re willing to do anything you can rise in power. A perverse American Dream of immigrants struggling to make their way. Sergio Leone’s Once Upon A Time In America or Godfather II are good examples of this paradigm. 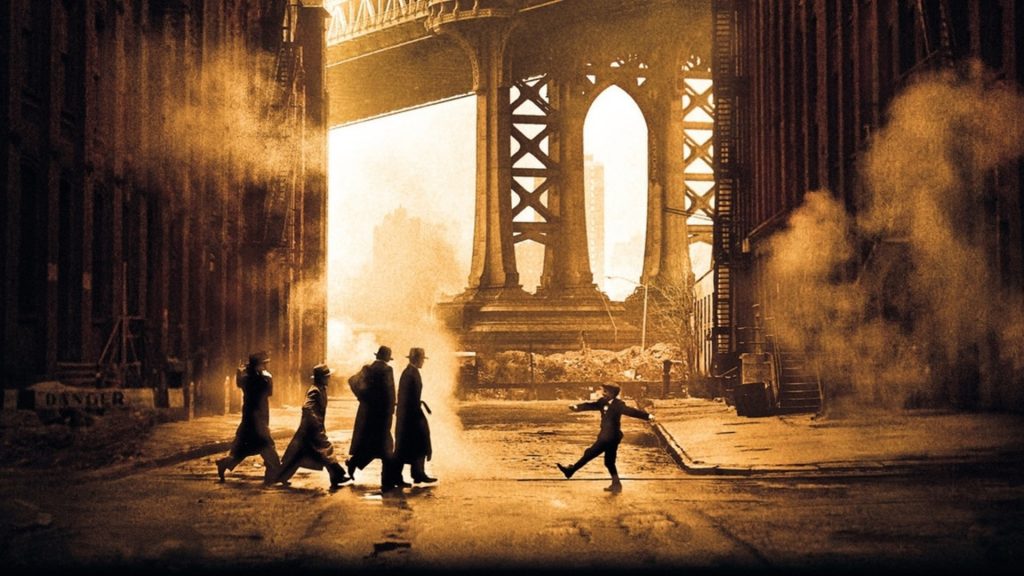 Once Upon a Time in America

Without getting too psychological, (I’m without qualifications) it’s clear the violence in these movies is part of the lure. What that says about us as audience members or writers is beyond my scope, but it’s there and always has been. It’s rare to see any gangster film without violence. Even Shakespeare wrote in blood when he was examining those English gang families called the Royals.

While many dramas feature symbolic death, gangster films deal with the real thing many times in ultra-violent fashion. If you write in this world you think about someday doing a scene like when Sonny Corleone is gunned down at a toll booth, or Bonnie and Clyde are machine-gunned by hundreds of rounds of ammo by law enforcement. Drive-bys, bombs in cars, the unexpected assassin at the restaurant – all set pieces endemic of this genre.

The Untouchables dinner table scene where Capone brutally murders one of his men with a baseball bat might appall us as blood and brains decorate the tiramisu but we watch nontheless, silently thanking the Universe that our dinner parties won’t involve anything worst than someone being smushed in the face with a cannoli.

The bathroom scene in Scarface where a drug runner is dismembered with a chain saw makes the gorge rise in our throats, but we can’t look away. We remember it and detail it to friends. 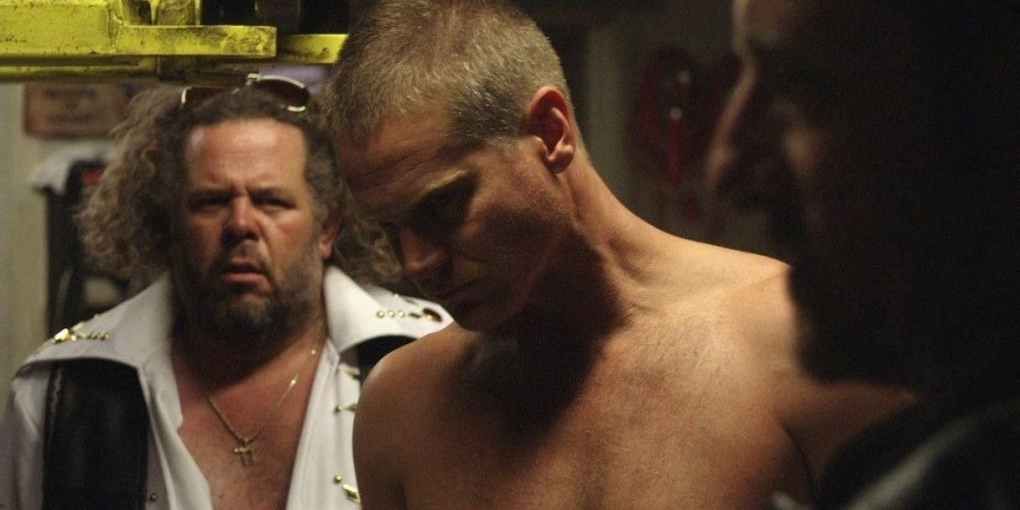 Sons of Anarchy featured a different type of gangster, but the violence that was inherent in the show was never blinked away. In one episode, a former member who was still wearing a Sons’ tattoo when he shouldn’t have been was given a choice to have it cut off or burned off. He was hung up and an acetylene torch was used on him in graphic fashion. In another episode, a member of SAMCRO bites off his own tongue so he won’t be tempted to snitch.

Some of the fascination of writing a gangster film is the adherence to the rules of that criminal world. You write within a set of guidelines already established for you that somewhat makes decisions about plot, character, and theme.

Traditional gangster films were clear that “made men” were of Italian heritage. Fitting, since the lion’s share of gangster movies are about the Mafia which evolved from the Cosa Nostra (“our thing”) in Sicily. They had a family head, a capo, and soldiers of various levels who did the family’s bidding. A ritualistic vow sealed your fate if you went against the family. You took a blood oath not to reveal its secrets and to always, without question, do what was asked. Omerta, the code of silence, was enforced with a member’s life. Strict loyalty was demanded; the gang comes before all including your own family, friends or country. Another unwritten code of behavior stated that you didn’t harm anyone’s family, keeping the violence away from the home and loved ones.

Sons of Anarchy had a table where the MC’s board of directors met and discussed the path of the MC. There was always a president, treasurer – even a secretary who took minutes. The board also meted out justice and solved problems.  This oddity of organization signaled one of the unique aspects of the MC which aped a corporate environment in which errors didn’t result in a bad review but rather a beating.

Juice, (Theo Rossi), one of the SAMCRO members, lived in fear of being discovered as mixed race. He would have been potentially killed if his African-American parentage was revealed. This was one of the unwritten rules of the club. There were other MC clubs with minorities and at least one overtly racist gang but at least in the beginning of the show, those who got “patched” into SAMCRO were white only. This was only one of the club’s rules; there were eighteen other inviolate ones that were enforced all the way to the final season that determined a code of behavior for members.

Modern inner city gangs may not have ritual or a director’s table but the movie Blood In Blood Out showed the way into a gang and the way out directly in the title.

Drug cartels have swift and deadly retribution for anyone daring to challenge them. If Italian mobsters are angry bees, cartels are their highly-strung, mayhem-dealing cousins, killer bees. There is almost no line some of these drug gangs won’t cross including killing law enforcement, something that the traditional Mafia gangs didn’t do – much. Narcos does a masterful job of showing the beginnings and violent inner workings of the cartel under Pablo Escobar, and the strict codes it enforced in order to make the multiple millions of dollars from drugs that it did.

Russian, Albanian, Armenian, and other Eastern European gangs which have become the newer forms of organized crime have similar strict codes of conduct that go back centuries. Asian counterparts like the Yakuza have even stricter codes famously involving a member being tattooed head to toe across their bodies and cutting off a finger as punishment for failure.

All these gangs’ rules creates stakes and suggest solid patterns of behavior for the characters in your work.