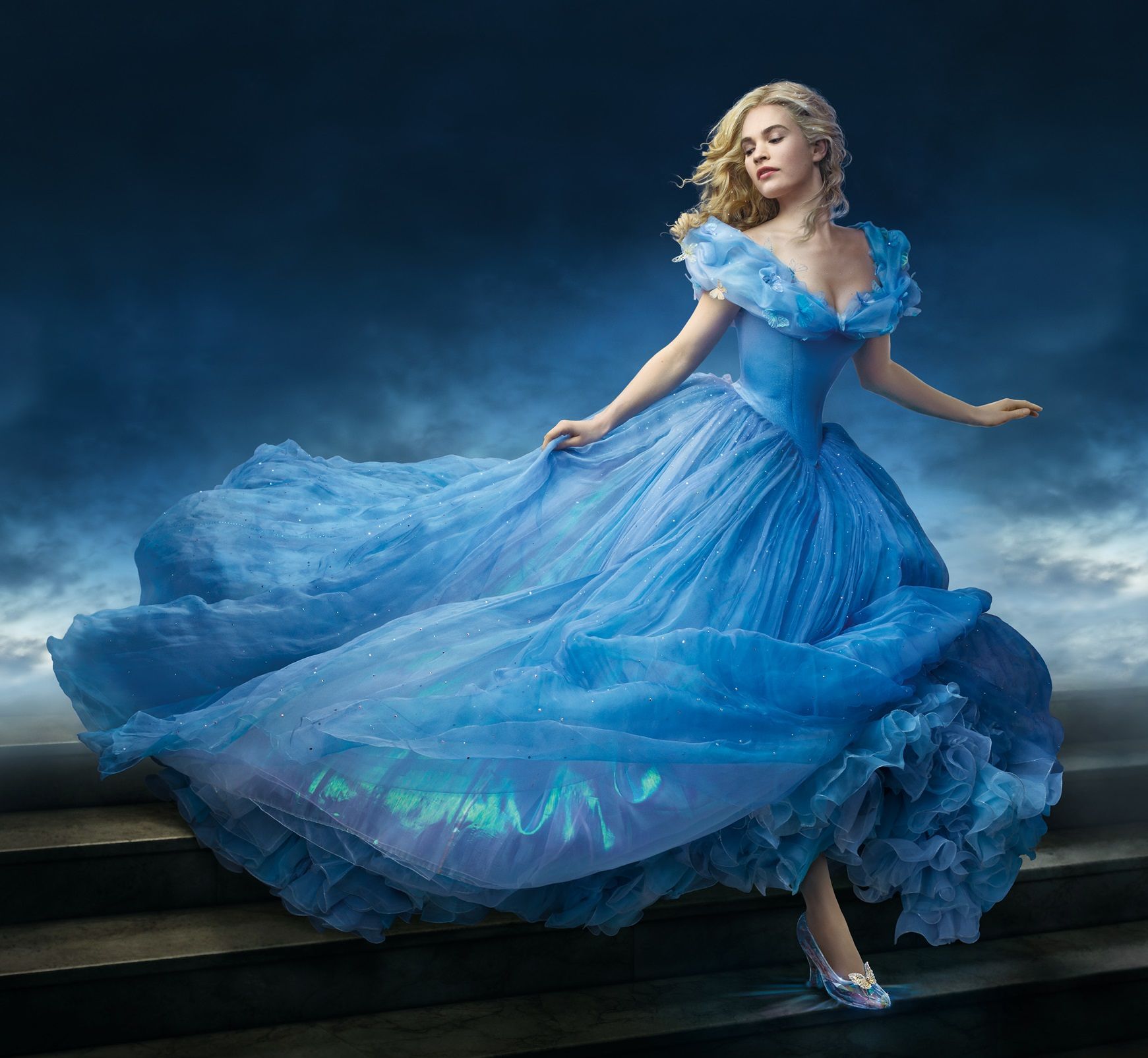 What Makes for a Successful Live-Action Adaptation of a Disney Cartoon?

The new live-action version of Dumbo made a respectable $45 million its opening weekend, but its 50% fresh score at RottenTomatoes.com helps explain why it didn’t do better. Most critics, like yours truly, praised its production values and the adorable CGI-created title character, but the other elements of director Tim Burton’s reimagining were mostly detrimental. There was too much plot, too many human characters, and too big of a scale. Did a small character study about an elephant and his mother need extravagant production values on par with a Baz Luhrmann period piece?

Of course, knowing how to adapt a classic Disney animated tale isn’t all that easy. How much do you keep intact from the original and where are there opportunities to reshape the material? These are the same questions that every screenwriter working on an adaptation must answer, but it gets extraordinarily complicated when updating beloved Disney properties. Many of that studio’s animated classics have been all but set in stone in the minds of film fans for well over 50 years. With more and more of its collection of cartoons getting turned into live-action remakes, certain traits of the more successful adaptations have become readily apparent.

Part of the failure of Dumbo to resonate more was because the title character felt like a supporting one. The original film anthropomorphically focused on the animals, giving them voices, and even having them sing the production’s songs. (Dumbo did remain mute, however.) This remake chose not to go that route, instead shifting the focus towards human characters. The original story concentrated on the relationship between Dumbo and his mother while Burton’s take focuses on a circus employee (Colin Farrell) and his children (Nico Parker, Finley Hobbins). As if that didn’t eclipse the pachyderm story enough, the ginormous spectacle surrounding all the players almost suffocates what should have been a simple, character study like the original, 64-minute classic.

A scene from the original 1941 animated Dumbo

Just because the computer can conjure virtually anything onscreen these days does not mean that the narrative should expand to such possibilities. The powers that be at Disney may feel that they must always conjure the “magic” in their self-proclaimed moniker of “The Magic Kingdom,” but more often than not, well-developed characters and strong narrative thru-lines are more than enough magic. As wondrous visually as so much of Burton’s reimagining of Alice in Wonderland back in 2010, a lot of the spectacle went a long way.

Even Helena Bonham Carter’s wonderfully edgy performance as the Red Queen had to fight the sight of her head being oversized, courtesy of the special effects’ wizards. Arguably, it distracted from a performance that didn’t need embellishing. All the sets and environments created around her captured the essence of Lewis Carroll’s original prose. The head stunt seemed to be unnecessary, coming off more as showing off than anything.

One of the most challenging aspects any Disney adaptation faces is updating the plot points or characterizations that have not aged well over the decades. Many old Disney films aren’t just politically incorrect; they’re downright racist. Disney won’t even let 1946’s Song of the South out of the vault due to its incredible racism, but other films around that time weren’t that much better. Thankfully, Burton got rid of the racism that ran through the older Dumbo, particularly the caricatured crow characters. Unfortunately, the film failed to eliminate some of the cringe-worthy exploitation of animals in the circus and such, but at least it’s not dwelled upon in excess.

As Disney makes plans to remake a number of its female-led films, the challenge to update some of those leads will become paramount. Themes that read as egregiously sexist run through a lot of them, such as The Little Mermaid. She defies her father King Triton early on in the narrative, but then she trades away her singing voice for feet to get her man on land. Disney had shown that it could update such properties, as they did when director Kenneth Branagh took the reins of the live-action in 2015. He kept many of the beautiful elements from the 1950 animated original but gave most of those elements that needed some modernity a hefty reworking. Branagh wisely made the story’s prince uncomfortable with the idea of a formal ball to find his bride, and Lily James’ feisty take on the title character not only aided the material, but it made her a star. Cinderella’s transformation here was less about rags to riches, and more about fighting back again the caste system, not to mention women in power who don’t help other women. (At times, Cate Blanchett’s prickly stepmother seemed more like a beleaguered businesswoman going out of her way to ensure nepotism helped her birth daughters gain the upper hand in the kingdom.)

All in all, Disney has been infusing their line of female characters with a lot more self-determination, actualization and grit these days as in Mulan and Tangled. Unfortunately, too many of them are still “princesses.” Such roles still resonate with audiences; look at the wild success of 2013’s Frozen. Again, such tropes seem dated for not only their sexism but their elitism.

Legendary filmmaker John Huston once said, “I relieve myself from the rigors of directing by casting the movie correctly.” In other words, if you have the right actors speaking the words, audiences will believe what they’re viewing on the screen. Disney usually aces their films, animated or otherwise, by casting the right people. Granted, no one can come close to being Julie Andrews, but Emily Blunt did as well as anyone could when she played in Mary Poppins Returns. That isn’t always the case, however, particularly when adapting a cartoon character to live action.

One such failure was the human take on cartoon character Kim Possible. In the recent Disney Channel live-action TV movie, the casting across the board couldn’t quite capture the classic animated characters from the 2002-2007 show. The actors picked to play Kim, her sidekick Ron Stoppable, and villains Athena and Dr. Drakken all tried hard, but they couldn’t summon the charm and hilarity needed. Sadie Stanley struggled, especially in her title role. Not only was Kim written to be far too insecure in this adaptation, but the 17-year-old actress over-emphasized all those quirks in the over-the-top Disney kids’ TV style. In the cartoon, Kim was always a cool customer, a poised, fashionable, and savvy teen wise beyond her years. She could’ve been the younger sister to Sydney Bristow from the spy TV series Alias. Unfortunately, Stanley made Kim all too neurotic and frenzied.

A scene from the Disney TV show Kim Possible.

It isn’t the easiest thing to do to bring a cartoon character to life, but Marvel movies do it all the time, and so did Glenn Close in the 1996 live-action remake of 101 Dalmatians. Her resemblance to how Cruella De Ville was drawn in the 1961 animated feature was negligible, but the actress captured all of her savoir-faire and pushy evil.

Equally successful was Emma Watson playing Belle in the live-action remake of Beauty and the Beast in 2017. Her expressions and body language radiated the intellect of the heroine in every scene and helped make that adaptation a critical and financial success.

It always behooves anyone adapting stories for the screen to understand what made the material so strong in the first place. Hopefully, that is the core driver, but more often than not it would seem that the opportunity to make money off of a well-known property might be the primary consideration. Artists who’ve tackled live-action adaptations of Disney animated classics need to be fans of the original work, as well as shrewd judges of how the material has aged. Trying to introduce a classic Disney tale to a new generation is probably noble, similar to adapting Shakespeare for a different time and audience. Yet, attempting to recreate the magic of a film that is practically an institution might actually come closer to resembling a fool’s errand. At the very least, it’s not easy, even if it mixes in the right ingredients.