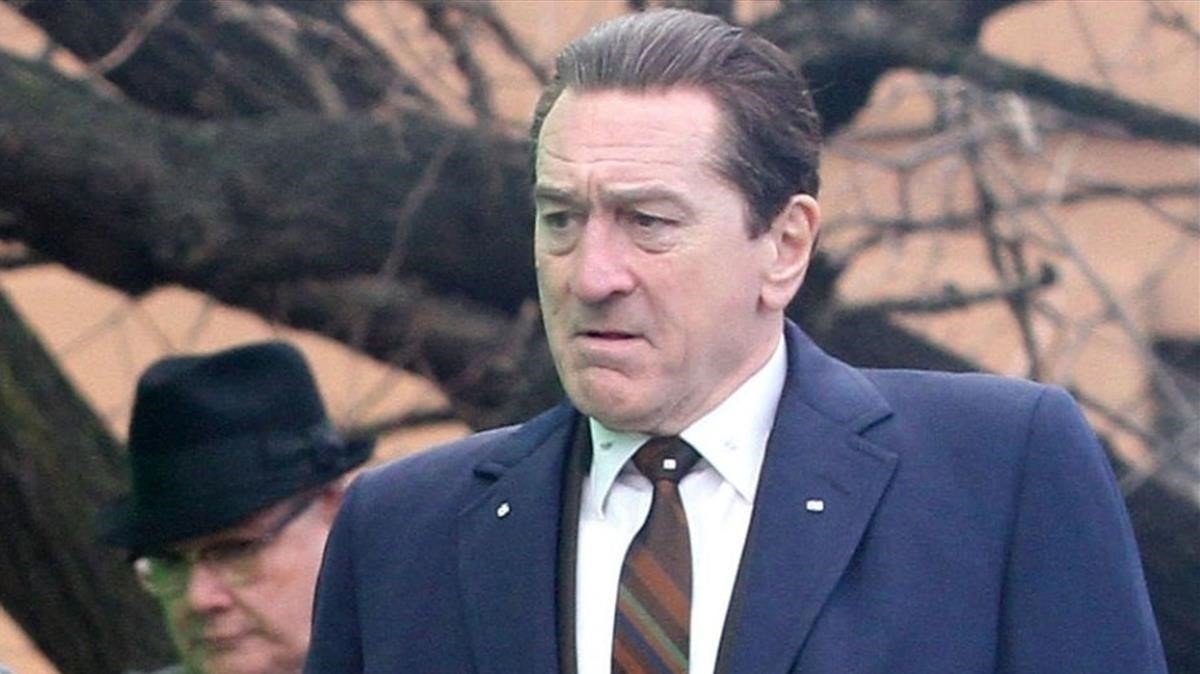 With The Irishman, Martin Scorsese has once again made a gangster movie that’s earning big box office bucks and capturing a ton of Oscar buzz. Cinema fans love the genre, going back to the early 1930s when stars like James Cagney (The Public Enemy) and Edward G. Robinson (Little Caesar) made films about the underworld into big (ahem) hits. Since then, almost every movie year has seen a gangster film ride a hide tide of popularity with moviegoers. Be it Key Largo, Get Carter, or Miller’s Crossing, gangsters always draw our eyes at the cinema.

How popular are gangster movies? There have been far too many to be able to count, from dozens of countries over nine decades, but there have been at least nine films about Chicago’s legendary crime boss Al Capone alone. The gangster genre has even spawned some of the most sublime television of the last 20 years (The Sopranos, Breaking Bad). And even though gangster films can get repetitious – there are many familiar ideas and bits in Scorsese’s latest – there’s just something about those tried-and-true tropes that audiences find irresistible. What is it that enthralls us so? There are at least five characteristics that tend to distinguish such films and keep us watching.

We Love Rooting for Underdogs

Stories love underdog characters, and so does history, even if those underdogs are criminals. After all, the gangster genre really took hold during the Great Depression in the 30s as society reacted to the economic ruin of the world. The villains were the banks on Wall Street that crashed the market and put a quarter of the United States population out of work. Some of those who were so horribly disenfranchised decided to rob banks to not only put food on the table but stick it to “the man” as well. Hollywood quickly followed suit by telling both nonfiction accounts and fictional teleplays about such characters.

James Cagney in The Public Enemy

During that time, bank robbers like John Dillinger, Bonnie and Clyde, and “Pretty Boy” Floyd became celebrated stars of pop culture. These modern-day Robin Hoods robbed from the rich while the poor ate up their antics. Americans lived vicariously through them and soon Hollywood followed suit by telling gangster tale after gangster tale, making marquee stars out of not just Cagney and Robinson, but George Raft and Humphrey Bogart playing slews of criminal characters as well.

We viewed these tough guys like bad boyfriends, smart-aleck uncles, or truth-tellers calling out the hypocrisy of the system. They were recognizably human, even if they had some terrible characteristics. Sure, these gangsters onscreen may have been violent lawbreakers, but the banks, well, they damaged far more folks. Since that time, most of the world’s populace has never quite trusted institutions with the same confidence as they did before the Depression. Thus, every generation finds some sort of conglomerate or establishment figure to take down through the bold antiheroes standing in for the little guys everywhere.

Story is Character and Gangsters Make for Fascinating Characters

If the likes of Dillinger and Capone hadn’t been real, a Hollywood screenwriter might’ve thought writing such broad characters leaned toward caricature. But these people were larger-than-life and very real, thus inspiring all kinds of filmmakers to write characters with equally excessive traits. Tough guys with thick accents, big tempers, and hot dames on their arm – these became prototypes, and it’s amazing how little has changed from James Cagney to Jason Statham. Clichés become such through repetition, and in gangster stories, so many of these types of tropes work because they ring true in the reality of the underworld. Audiences recognize the truth in good storytelling, or at least recognizable human behavior, and thus, these types of players hit home for most of us.

These gangster stories also connected strongly with those they represented too. Director Francis Ford Coppola worried that the Mafia would blanch at the portrait he was painting of them in his film The Godfather in the early 70s. He fretted that they’d take great umbrage at such an unflattering slandering of the  Italian-American community. Their reaction, however, was just the opposite. The mobsters who visited the set loved how authentic Coppola was in his telling, not to mention that an Italian-American was at the helm. They also loved that a big star like Marlon Brando was playing the title character. (Brando proudly, albeit nervously, posed for many pictures with those visitors.)

Marlon Brando in The Godfather

Scorsese, who painted a far less romantic portrait of the Mob in movies like Goodfellas and Casino, experienced similar praising, not protests. Various gangsters let him know they loved being the subject of his movies, and the more authentic he got their story, then all the better. And no matter how broad some of his characterizations and set-pieces got in those films, most of what he fictionalized wasn’t all that far afield from the truth.

Whether it’s Shakespeare or Hitchcock, death, or the threat of it, always makes for the great drama. And outside of tales of war, the easiest way to tell stories with plenty of bloodletting are those in the crime world. True, the stakes in most horror movies and thrillers are the threat of death, but in the world of gangsters, it’s always a 24/7 worry.

And in that setting, death can come at any time, unannounced, and delivered by someone you thought was a friend.  It’s all part and parcel in the domain of such thieves. And to make it all the more unseemly, such killing is considered part of the business. (“It’s just business,” as the refrain goes constantly in Prizzi’s Honor.) The daily lives of most people aren’t all that exciting but in the gangster world? It’s edge-of-your-seat most every moment.

The Mafia may have dominated syndicated crimes for decades in the 20th century, but today, there are all kinds of gangsters that add different dimensions to the genre to keep it fresh. Drugs have become a staple of the underworld and so have new crime families throughout Asia (Drug War) and South America (Once Upon a Time in Mexico). Russian oligarchs became heavies in films as fierce as any seen before (Eastern Promises). And stars of different colors, creeds, and countries have all played gangster kingpins in various features over the decades: Fred Williamson (Black Caesar), Ian McShane (Sexy Beast), Steven Bauer (Traffic), Wesley Snipes (New Jack City), Javier Bardem (Loving Pablo), even the matriarchal Jackie Weaver in Animal Kingdom.

One of the most extraordinary things about HBO’s The Sopranos was how it turned the thug life into an on-going series, one that audiences became passionately invested in. Arguably, Tony Soprano’s family at home was just as contentious as his ‘business’ family, and often in the show, the two mixed into one lethal concoction. (You’ll remember that Tony’s mother tried to have him killed in the early run of the show.) By the time of this show, audiences had grown to understand the stakes in such things that they could invest in the many seasons of the series. It was all so familiar, it was like family.

We in the Audience Remain Safe

Why do gangsters continue to frequent stories on the big and small screen more than say, more modern villains like Middle Eastern terrorists? Could it be because in most gangster stories, be it about drug dealers, the Mob, or oligarchs, the baddies tend to kill their own? If you think about it, and look at The Irishman for example, almost all of those meeting violent ends are players in the game. They know what they’re getting into and their ends tend to be all too fitting. Lie down with dogs, wake up with fleas, right? With terrorism, at least as it came to be defined by 9/11, innocents tend to get caught in the brutal line of fire. Such truths are all the more evident with the far-too-frequent terrorist attacks mowing down our population in schools, churches, malls, etc.

Indeed, there’s something almost decent and respectful about the world of gangsters as presented by Hollywood. They tend to target their own and follow a certain honor among thieves. Gangsters may be lawbreakers, but they have their code and rules. Terrorism wants to hurt us, and that doesn’t feel entertaining, to say the least. Gangsters, well, they tend to stay in their lane in screen stories.

That’s why Scorsese introduces all these peripheral characters in The Irishman with titles declaring the awful ways these players will die. Severed throats, car bombs, multiple bullets to the head – – the filmmaker is telling us that none of these people are going to survive the dangerous game they’re involved in. We laugh, not only because Scorsese introduces their demise at the same time they’re introduced into the story, but also because we know they all have it coming in the Mob. It makes it easier to feel comfortable in our cineplex chairs knowing that such chicanery really won’t touch us once we leave the theater. It’s a strange sort of comfort, but it’s reassuring. And it keeps us coming back for more and more good times with these goodfellas.