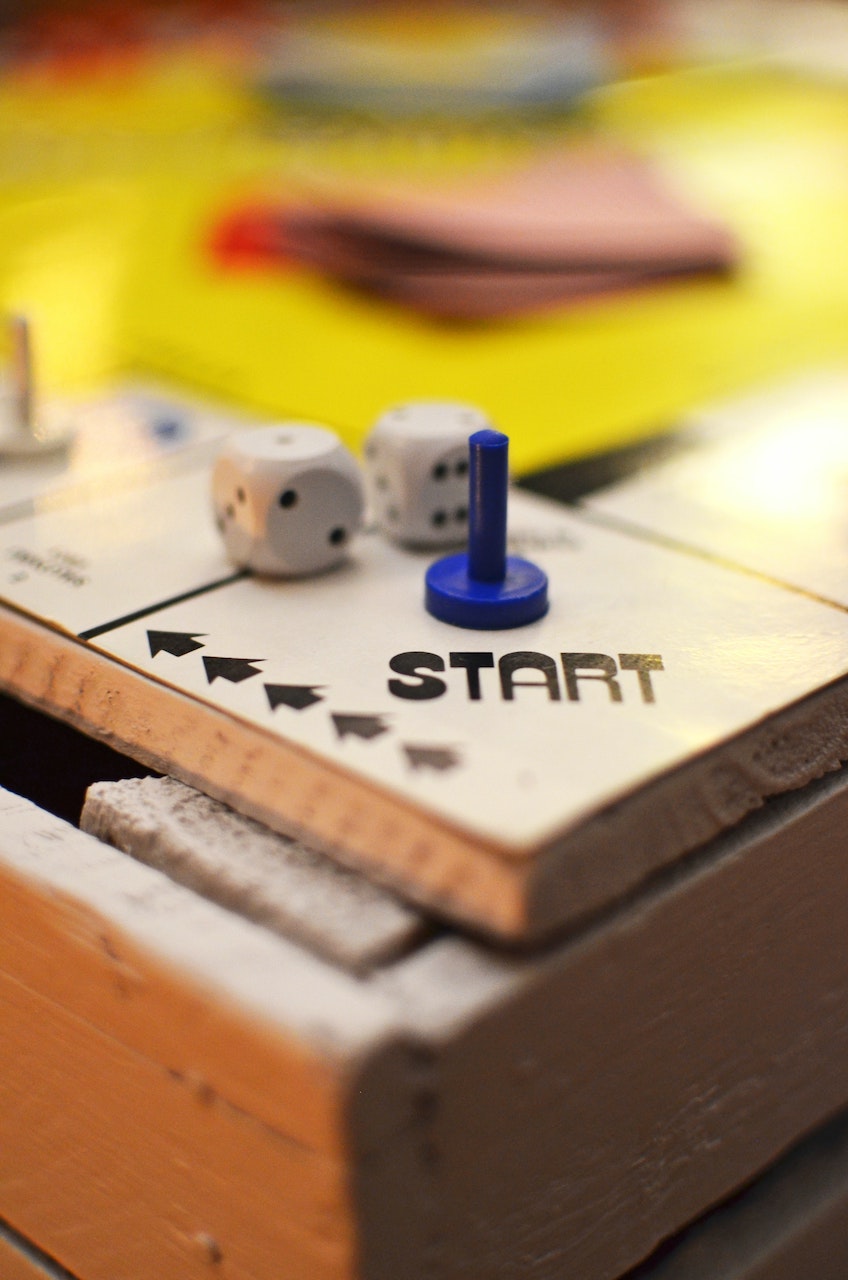 Where To Start A Screenplay (Part 1)

Where do you start with a story? I’ve heard the ending, a character, a concept, and so on. Certainly, if you’re writing to sell like most scriptwriters, concept is key. A high concept is better – the elevator pitch as it’s sometimes called.

But starting at the ending presupposes certain factors have to be in place. You can’t get to the ending of something if you don’t know what drives it. Duh. You can generically know the endings like: and they lived happily ever after. So-called happy endings are the lifeblood of Hollywood. There are legions of stories about endings that left the audience/reader in a downer mood that were then changed so unless you’re planning something like No Country For Old Men you already know your end: happy, happy, joy, joy.

The ending, a concept, characters, theme, event, etc. are never going to be where you actually start conceptualizing a story. Read on.

Churchill, the historical drama is about a character. Everyone knows he was a massively important figure in British politics for decades and is featured in many, many movies and TV shows, like The Crown.

And yes, that’s a great place to start: I want to write a story about Winston Churchill.

But drill down here. Whatever happens to the character, in any way, has its seeds in… you may have guessed it: the villain. 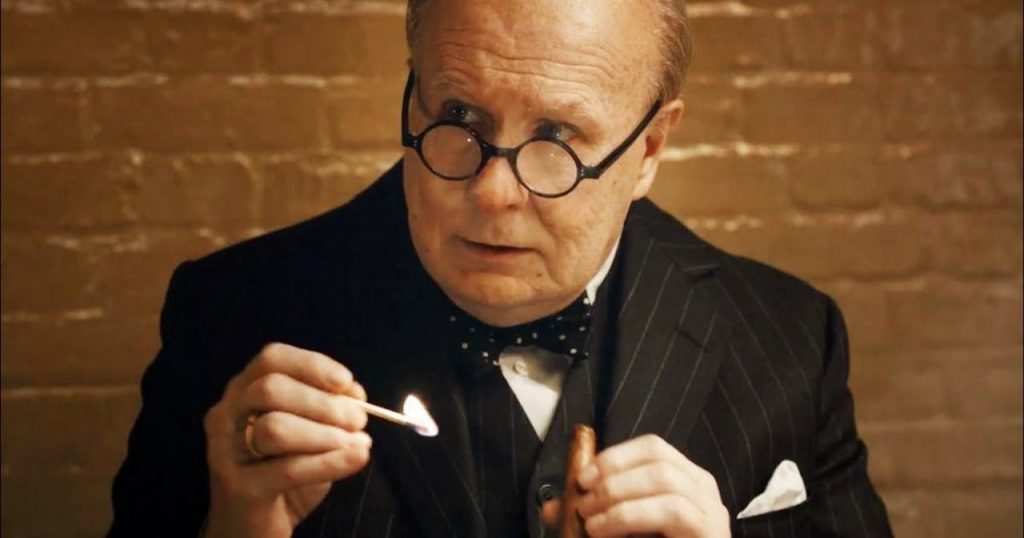 Maybe you’ve heard this before (maybe I’ve also said it many times) but nothing moves in a film or TV series unless the villain does first. No cop show, doctor drama, sci-fi adventure film or series has a point until the villain starts their activity. BTW, it’s better, more accurate to call a villain an antagonist – villain connotes a mustache-twirling, black-suit-wearing stereotype. Antagonist is more shaded.

House, M.D. has several human antagonists including House himself, but it’s the disease that kicks the episodes off. Until someone faints, vomits, bleeds, etc. House is like Sherlock Holmes (House Holmes, right?) in that he ‘fiddles’ until an interesting disease comes around.

Consider The Expanse. The protomolecule and its creators are well into their villainy before the crew of the Rocinante become aware of it. Without the protomolecule and the devastation it causes, there is no story per se. Sure, there’s lot of tangential bad stuff happening (like an impending Earth/Mars war), but nothing like when the fit hits the shan as the protomolecule is unleashed and its creators try to cover it up after it infects a young woman  – and then the solar system. The Expanse series of books and TV shows is a rich tapestry of culture in a world of the future. There are trade considerations, political machinations, characters with agendas, etc. This might be fine for a video game like SimCity but nothing really important (or dangeous) begins story-wise in this show until the protomolecule does.

That’s where it starts because everything in this galaxy is built on the villainy of that one concept and what the creators of that protomolecule have been planning. I’ve been reading and watching scifi for decades and I don’t believe I’ve come across a better sci-fi concept vis-a-vis the villain. It’s inspired and leads to a rocking space opera that continues to deliver book after book, episode after episode.

An antagonist is vital with which to begin a story. An antagonist’s goals define a protagonist’s goals. No Bond villain ever had anything less than world domination in mind. Bond must always step in to thwart the evil plan and usually that evil plan is well in place before MI-6 becomes aware of it. Imagine writing a Bond film without a Blofeld, Goldfinger, or Le Chiffre?  Sure, we’d get a terrific travelogue, but not much else. 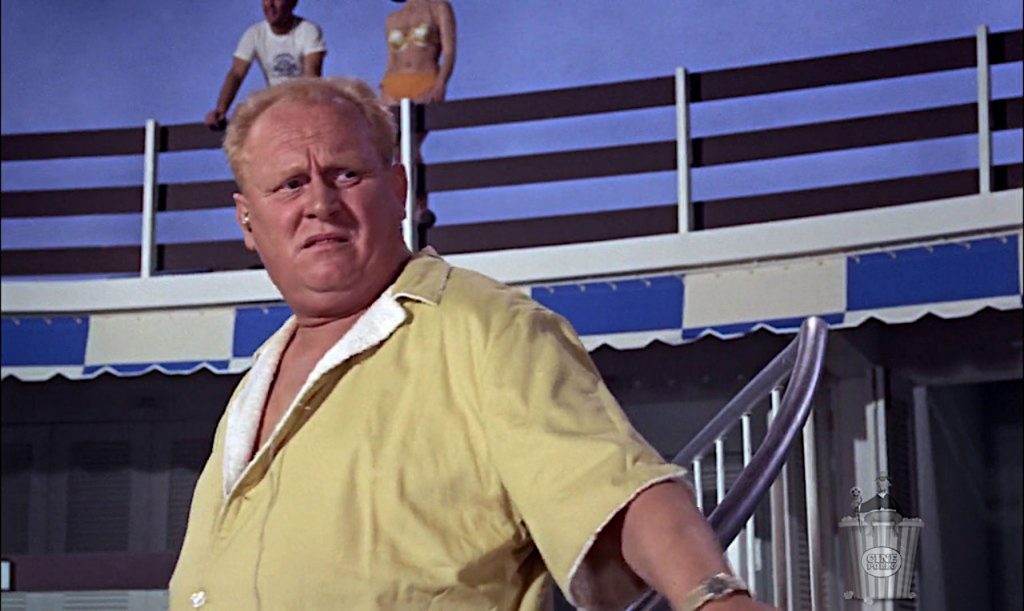 The antagonist’s agenda and stakes here in addition to an essential concept mentioned in the next section determine the engine of the story. In An Officer and a Gentleman the hard-driving D.I. (Lou Gossett, Jr.) is determined to wash out Richard Gere’s character. He can’t let this brash young man who scoffs at Navy tradition and who he believes is not fit to be an officer, to succeed. He brutalizes Gere’s character almost from the moment the two lock eyes. Of course, Gere’s self-destructive nature contributes to an internal antagonist also.

It’s not enough to just add the villainy, you must complete the puzzle before you can write. You must give the antagonist stakes – what happens if they don’t complete their goal. Nothing short of life or death is needed here to focus the antagonist and by extension the protagonist who must stop them.

This is the antagonist’s stakes – the D.I. must break Gere’s character and maintain a code that he sees is essential. It’s his raison d’etre. And this is what really drives the story. The D.I.’s agenda, not necessarily Gere’s character’s goals is the key to telling this story.

In Raiders of the Lost Ark the Nazis are digging for a superweapon to use in the war in the form of the Ark of the Covenant. They are already close; Indy must stop them or else.

In Black Panther Killmonger wants to ascend to the Panther throne, take over Wakanda, and send troops out with Vibranium weapons to subjugate the world. Killmonger’s plan has been in place since he was a child and he’s risking it all to succeed. If Killmonger didn’t have an agenda, T’Challa wouldn’t have a reason to act.

In Miss Sloan Elizabeth Sloane (Jessica Chastain) must defend herself from a criminal investigation on ethics violations brought against her by a corrupt Senator. The investigation (and trial) is already in place before the story opens and forms the basis of the plot. Sloane’s world would not be turned inside out if the Senator hadn’t brought charges.