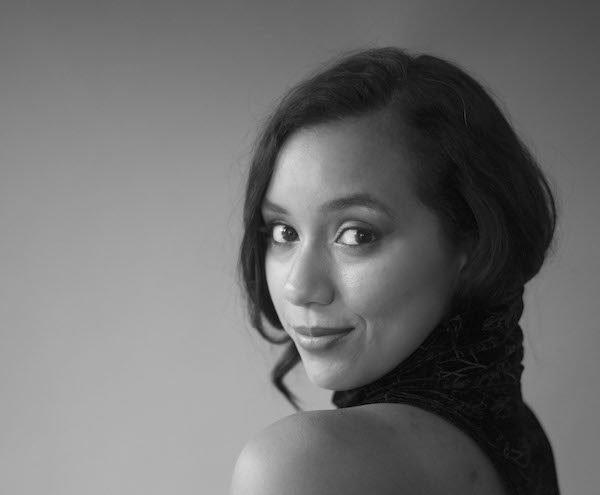 “Who Are You? How Do Others See You?” Desa Larkin-Boutte On ‘Zora And Zizi’

Creative Screenwriting Magazine has announced the Grand Prize Winner of our Unique Voices Screenplay Competition. Desa Larkin-Boutte certainly won us over with her unique take on identity and race wrapped in a TV comedy of mistaken identity after two college freshwomen with the same name accept a scholarship meant for one. Desa shared her journey with us.

Who are Zora And Zizi and why did they inspire you to write a TV series about them?

Zora and Zizi are characters inspired by people I knew in college. Among my friend base, there were a few of us who were roughly the same complexion, and I always found it amusing how often we were confused for each other. It was an absurd premise that seemed like a great hook for a series.

Additionally, a collegiate backdrop felt very appropriate to explore identity, duality, and race. College is a time to figure out who you are. While Zora and Zizi muse on how they want to present themselves to the world, they’re also learning how the world already perceives them. I know a lot of people (myself included) who have had to reconcile those two perceptions of self.

What is the main message you’re exploring thematically?

It’s both race relations and identity. I don’t think you can have one without the other. I’ve always been drawn to W.E.B. Du Bois’ concept of double consciousness: living life as both an American and a black American. As an American, I have the freedom to shop in a department store. As a black American, while shopping in the said department store, I make sure that I’m approachable and that my hands are always visible.

Zora and Zizi have incredibly different personalities. One is an Earth Mama, the other is a Young Republican. It’s Lisa Bonet vs Stacey Dash. Yet, when we see them at the restaurant in the North End (a scene I based on a real experience), their identities are stripped from them. This moment exists because of their race, and that feeds back into how they see themselves. It’s all tied together.

Were you worried about covering too much story terrain in your story?

Initially, I wasn’t concerned about covering too much terrain. I just needed to write it all down and get it out of my brain. In later drafts, I did scale back on the mixed identity plot in order to make more room on the front end to get to know them as individuals. It’s important to understand who they wanted to be before presenting the problem of who they have to be.

How do you want your reader to feel after reading this?

I want readers to feel a sense of introspection. So many elements of this pilot are pulled from real life. Most of the conversations Zizi has with Carol Anne are verbatim conversations I had with my college roommate. But the intention isn’t to shame. It’s to educate. By exploring Zora’s relationship with Judaism, or how Zizi is constantly mistaken for being Latina, I want to show that we all have cultural blind spots. Hopefully, we can show kindness to those who are willing to reflect on their own and grow.

Why did you choose a ‘mistaken identity’ trope to tell your story?

In my freshman year of college, I’m sitting in the dining hall with my roommate when she points to a table of black students sitting together. She asked me why they would do that, “You’d think they’d want to diversify.” I found it fascinating that of the ninety-nine tables of white students, it was the one black table that caught her attention as not being diverse. In her eyes, they weren’t individual people who had varied perspectives on life to share. (In fact, it was the track team having lunch after practice. They were united not by the love of their race, but racing.)

In my script, the school’s admissions department mistakes them as being the same person. But then they encounter people who presume that all black Americans are alike. Zora and Zizi have to figure out who they are as individuals, while also pretending to be each other, while also dispelling preconceived notions about who they are. It’s mistaken identity to the third power.

Talk about the importance of suspension of disbelief. How did you get the audience to buy into the conceit that the girls don’t get found out?

It’s helpful that everyone I know has a story about mixing people up; that collective experience helps with the buy-in. I think part of the fun is knowing that the charade is by no means sustainable… we’re all just waiting to see when this elaborate plan will fall apart!

Talk about the oscillating tone of your piece. It ranges from playful and comedic to deadly serious. Why not make it one or the other?

As someone who looks away whenever a Sarah McLachlan animal cruelty commercial comes on, I understand how uncomfortable concentrated doses of reality can be. The levity is important in keeping the audience interested. Conversely, there were moments where I wanted to lean further into the comedy, but risked being too silly to be taken seriously. The balance was strategic, but also reflective of my perspective on life. It’s not always smiles, nor is it endless tears.

Which aspects of Zora and Zizi reflect your personality?

Once I hit my thirties, my ability to tolerate nonsense dropped significantly. That feels like Zora. Zizi is the part of myself that switched my family to bamboo-sourced toilet paper.

How did the story evolve from a germ of an idea to a completed script?

The idea settled into my brain back in 2006. During my freshman year of college I was introduced to a friend of a friend who, upon meeting exclaimed, “So you’re Desa! There’s some guy who thinks I’m you.” There had been a few times where this person (I still have no idea who it was) waved to her from across the dining hall. The moments were both harmless and fleeting that she never bothered to correct him. But then one day they were in an elevator together and she found herself having a conversation with someone who had no idea he was talking to the wrong person. It still makes me laugh.

The idea had been floating around in my head for a while, but a piece of myself wasn’t ready to write it until the protests began. The incident with Christian Cooper and the murders of Ahmaud Arbery, Breonna Taylor, and George Floyd were all so sequential that it felt like a giant fuck you. I’ve always been politically active, but with COVID-19 I made the choice to physically abstain from protesting. It was necessary to protect my family, but my spirit was heavy. So I wrote.

My husband and I have been very fortunate to both be working through the pandemic. Since he’s still required at the office, I’ve been working from home, while also homeschooling our son, which leaves little space for creativity. But I had an itch. So there was a week where after my family went to sleep I stayed up all night writing. This script was going to be my contribution to the fight against ignorant intolerance.

What were the biggest writing challenges in Zora and Zizi?

There’s a certain level of self-consciousness that comes with being a writer from the fringe. I cannot tell you how many times I’ve pitched stories about minorities only to be told that my ideas are too niche, that there isn’t enough minority talent to cast, that my characters won’t be accepted by Middle America. It gets in your head. You’re constantly looking at your work and asking yourself if it’s palatable enough for a white audience. The biggest challenge I faced with writing Zora & Zizi was dropping that filter. Trusting my instincts, leaning into my experience, and being okay with presenting my point of view boldly.

What were their biggest emotional throughlines?

All of Zora’s life, she’s been told that she’s special and can accomplish anything. So to be in a position where it feels like she’s accomplished nothing is devastating to her. She has to look at herself for the first time, really take an assessment of who she is and who she’s capable of being.

Zizi’s on an inverse trajectory in that she’s been brought up to think of everything in a communal sense, so much so that she fails to see her strength and value as an individual. Her emotional journey involves developing confidence in being a leader, not just a supporting player.

How did you ensure your main characters were fully fleshed out and not stereotypes?

I find that many stereotypes are created out of a lack of exposure. I’ve witnessed rooms of all-white writers earnestly trying to write minority characters, but their basis is what they’ve seen on TV – minority characters created by another group of white writers. It’s a cyclic issue; perception that becomes canon.

As someone who wants to be an advocate for all overlooked demographics, I need to be educated on experiences beyond my own. So I try to place myself in situations where I can learn about other communities. During my time at Boston University, I worked for the campus multicultural center. The Howard Thurman Center taught me how to look for common ground while appreciating the beauty in differences. (Fun Fact: AOC and I worked together as Thurman Center ambassadors.)

More recently it’s been my mission to have coffee with other minorities in the industry and ask about their experiences. How did they see themselves represented growing up? How did that affect them? What changes in representation would they like to see? There’s no solitary way to represent a community, so my goal is to expand beyond existing narratives. I want to start a conversation, and then pass the microphone.

What separates a good writer from a great one?

How have you evolved as a writer in the last year?

Over the last year, I’ve become less afraid of my voice. I’m no longer concerned with writing what I think will be accepted and instead embrace stories that can promote some kind of change.

Where are Zora and Zizi now?

Four years of undergrad taught them what a powerhouse they can be when they work together. I picture them as CEOs of a thriving Fortune 500 company, set on making the world greener.

Will they release their own clothing line?

Yes! Just in time for COVID-19. Zora has a line of blazers for impromptu Zoom meetings. The rest of the day you can lounge in Zizi’s leggings and stain-resistant shirts.