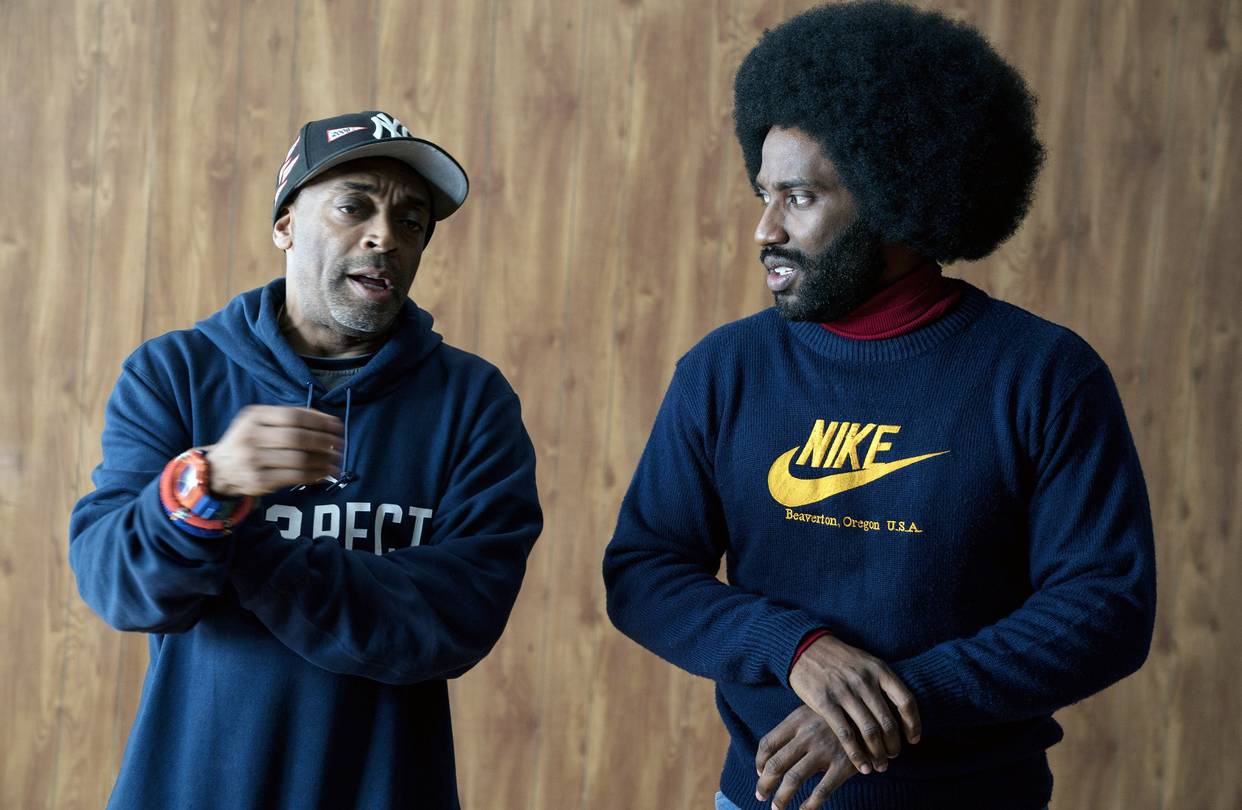 Why “Blackkklansman” and “The Favourite” Should Win the Screenplay Oscars

At the Writers Guild Awards this past weekend, the winners threw the Academy Awards race into even more of a tizzy. The WGA honored underdogs Eighth Grade by Bo Burnham as its pick for Best Original Screenplay, while Nicole Holofcener and Jeff Whitty took the prize for Best Adapted Screenplay. Green Book and Blackkklansman were considered to be the heavy favorites in those two categories, respectively, but those voting in the guild went a different way.

For months now, it’s been a world of uncertainty trying to predict Academy gold. It seems none of the guilds have been able to see things the same and rally around a singular frontrunner. The Screen Actors Guild gave Black Panther its Best Ensemble Award. The Producers Guild honored Green Book with Best Picture. The Directors Guild praised Alfonso Cuarón as the best of the year for his work on Roma. Cuaron is widely considered to be a lock for Best Director at the Oscars this weekend, but there have been bigger upsets in the past, so Spike Lee should have an acceptance speech ready. All in all, there are very few sure bets less than a week out. That’s the kind of awards season it’s been.

However, Lee is still considered to be the favorite to win for Best Adapted Screenplay for Blackkklansman, along with his cowriters Charlie Wachtel, David Rabinowitz, and Kevin Willmott, and rightfully so. It’s the kind of screenwriting that is not only clever, but also incredibly meaningful, and voters tend to like scripts like that. (Who doesn’t?) In this critic’s opinion, Blackkklansman was not only the best-adapted script in 2018, but the movie itself was the best of the year.

What is it that makes Blackkklansman so exceptional, and the script that should take the adapted screenplay Oscar? There are a number of reasons, starting with the fact that it couldn’t be timelier.

Blackkklansman may take place in the 1970s, but the issues of racism and politics that it deals with might as well be modern times. Because of that, it seems like a wake-up call, one that smacks you in the head with an immediacy that few scripts can do. Also, it takes history and adapts it into a crackling entertainment. Sometimes it’s funny, other times scary. It’s a character study and an editorial about America. It’s even tragic at times. When the film ends you feel like you’ve experienced cinema that can truly move you, make you think, and yes, also make you angry. Spike Lee wants to light a fire, and he does it here brilliantly with a smart script that never falters and keeps you on the edge of your seat.

The story concerns how Ron Stallworth (John David Washington), a black detective in Colorado Springs, infiltrated a local Ku Klux Klan chapter and exposed their nefarious plotting. He contacted the local chapter via phone, pretending to be white. Then, the police force had his white partner Flip Zimmerman (Adam Driver) pretend to be Stallworth to infiltrate the KKK physically. It’s a true story, but this is no dry history lesson or A & E documentary. It is as funny as almost any comedy out there, but because it’s mostly true, it seems all the more incredible.

What makes it especially relevant this awards cycle too is that it is playing against the backdrop of all of the current POTUS’ unconstitutional demands for a wall to be built to keep out the dreaded “other.” Bigots, strong men, and totalitarian leaders need to turn a race of people into monsters to justify their hatred and such demonizing is exactly what our president is doing.

Racism is America’s original sin, and it’s alive and well in the Oval Office, at the border, in Charlottesville, in the yearbook pages of some governors, and in the “I want my country back” MAGA hats.

Lee’s film has the guts to laugh at the bigotry at the same time it condemns it. It plays upon intellect and our better angels, and it shows supreme confidence in telling its tricky story with confidence and chutzpah. It never pulls its punches and puts us all in the frightening shoes of the story’s two intrepid protagonists. No other film seems to have as strong a shot at the Adapted Screenplay Oscar, even though the WGA winner is in competition. If any film does usurp Lee, it would likely be Can You Ever Forgive Me?

And while the other four nominees are all terrific films, it is Blackkklansman that resonates the strongest this year, and had the toughest row to hoe, finding that balance between comedy and tragedy, telling the real story and tweaking it just enough to make its points sharper.

Another dark comedy strikes me as the stand-out in the original screenplay category as well. It is The Favourite, written by Deborah Davis and Tony McNamara, and while it wasn’t eligible for the WGA award, it is for the Oscar. And its Tony script helped the film grab a record ten nominations this year. It’s rather incredible that it has such broad support across the membership as it does. After all, it is the meanest of dark comedies imaginable, and its bile is undoubtedly an acquired taste.

This period piece a not only a vicious takedown of the British crown and its archaic class system but the main villains in the tale could give Macbeth’s three witches a run for their money.

There is little to admire about any of the three women at the center of a power struggle in a queen’s court. Queen Anne (Olivia Colman) is a needy, gout-ridden monarch with the maturity of a 7th grader. Her advisor, lover, and nursemaid Lady Sarah (Rachel Weisz) is the true power behind the throne, virtually turning her toady of a boss into her lackey to enforce her every whim. (And Christian Bale thinks he’s playing Dick Cheney in Vice. Tsk tsk.)

When down-on-her-luck former heiress Abigail (Emma Stone), takes a servant girl role in the castle, she starts plotting her way back to the top, even if it means diddling the monarch sexually and plotting the demise of Sarah. All of the women connive, gossip, slander, and skewer the other’s reputations in public and private. It’s like watching a sweaty tennis match except the game is being played on a three-dimensional chess board.

The script indulges in all of its excesses, never holding back or wimping out. The trio is a nest of vipers and each of the three Oscar-nominated actresses delights in playing bad to the bone. It too is political, commenting on how absolute power corrupts absolutely. Here, power is an infection taking over the castle. The Red Death has nothing on the venom of these three vipers.

The script for The Favourite is literate, witty, consistent in tone throughout, and risky. Director Yorgos Lanthimos’ daring movie utterly eclipses anything considered bold in other original screenplay nominees Green Book and Vice.

Adam McKay’s take on the Bush/Cheney years was supposed to be the daring one this Christmas, but compared to The Favourite, it seems almost defanged.

The only real challenge to the prowess of The Favourite is Paul Schrader and his searing script for First Reformed. Schrader’s story of a minister (Ethan Hawke) going through a crisis of faith is as political as Blackkklansman and as sharp-edged as The Favourite. And if anyone other than Lee can lay claim to Oscar owing him one, it’s Schrader.

The legendary screenwriter of such landmark films as Taxi Driver and Raging Bull has never even been nominated before, let alone won. Will his name be called? It very well could, and that would be a victory that has been 40 years in the making.

This year, it’s difficult to be sure of any victor guaranteed to walk up onto the Oscar stage. Still, on merit alone though, as far as this critic assesses, fate should favor the bold and that means Blackkklansman and The Favourite should reign victorious.

I fully expect the writers of these sterling works to hear their names called Sunday, but then again, God knows when it comes to the Oscars, anything can happen. And who’s to stop the craziness this year? The producers couldn’t even hire a host to corral the proceedings.