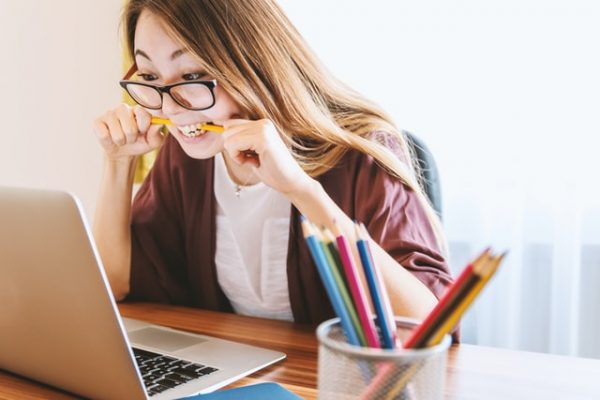 Why Is Your Screenwriting Career Stalling?

Many writers understand that building and sustaining a successful career in screenwriting can be a matter of luck and timing. Even so, many writers get that nagging feeling they should be further along in their careers despite doing everything right. Here are some practical ways to expand your career prospects:

Many screenwriters claim to watch anything and everything. You may indeed find something random to watch in your streaming queue, but are you really paying attention to it. Think about films and television shows you don’t like. Perhaps political thrillers or sports films are not your forte. Watch the best in each class and work out how they are structured and what elements you liked.

Although you should focus the majority of your screening time on watching material in the genre you want to write in, a sharp detour will make you knowledgable in other genres and allow you to have meaningful discussions with other industry folks.

Expand Your Circle Of Contacts

Many writers get stuck in a small social circle. Perhaps you only attend one writers’ group, enter the same contests, or attend the same screenwriting conferences and mixers each year. Here’s where you need to reframe your thoughts and start meeting new types of people rather than more of the same type.

Only associating with other screenwriters will limit your growth because most conversations will run the same. Think about speaking with producers, makeup artists, set designers and builders, editors. Have you ever considered speaking to a production accountant? They will most likely be surprised that a creative as taken an interest in a number cruncher. They will have something to teach you. If you’re writing a low budget screenplay, they will tell you that night shoots cost a lot more than day shoots and closing down a suburban street costs less than shutting down a highway to film, Don’t forget the ancillary staff like police, caterers and first aiders. You may not have thought of these factors to make your script more attractive to a producer with limited resources.

Look at your local meetup guide for different groups you may be interested in. It could be a dance class or a cryptocurrency group. Find out about their worlds. What is a good day for them? What gets them emotionally charged? Ask them what a movie about this subject matter might look like. Even if you don’t write the next Strictly Ballroom or Crypto, your mind is more aware of new people and worlds.

Change can mean anything for screenwriters – from writing in a new coffee shop to tackling a new genre. You may choose to take on a writing partner or go solo if you already have one. Change cracks open stagnation and makes you more aware of opportunities and innovation. Think of industry needs right now – big, bold, unusual voices that stand out.

If you write a certain way, write in a new way. If you typically write for television, write a feature film. Quibi burst onto our cell phone screens with “slices of cinema,” telling stories in ten-minute chunks at a time. This is a new and innovative concept just like binge-watching many years ago.

Take A Risk. The Bigger The Better

That’s the job of studio executives, terrified of being fired from their “secure” jobs if they make a wrong decision. If a story speaks to you, keeps you up at night, persists in your thoughts, and makes you feel vulnerable and scared, you know you have to write it.

Many screenwriters who were on the verge of quitting, write something so raw, so heartfelt, and so poignant, the industry has no option but to take notice. In many cases, this was the story they suppressed because they thought it was too personal or too contentious.

You’re Not As Entitled As You Think

This one comes up far too often. Some writers who had some serious film and TV credits many years ago believe this is all the screenwriting kudos they need. There is an adage in Hollywood that you are only as good as your last recent credit. Such writers may stage a miraculous comeback, but it needs to be on the basis of the current screenplay.

Earning an MFA in Screenwriting from a top college also does not give writers an express pass to a producer. An MFA means you have written a thesis project that was deemed satisfactory to earn your degree.

Finally, we need to mention nepotism. Sure, your impressive family tree may open doors for you, but the quality of the work is all that counts.

Being aware of the zeitgeist is not the same as chasing trends. Even in a fast turnaround situation, a film may take a year or more to get from script to screen – so the trend is already out of date. Too many screenwriters see a “trend” such as socially conscious horror films and decide that’s what the industry wants right now so they spend weeks or months writing the next socially conscious horror movie. So have many other screenwriters with the same reasoning. This mentality is a waste of time. Your job as a screenwriter is to be ahead of the curve and create trends rather than recycling existing ones. You don’t want to be branded as a derivative writer.

You Can’t Make A Decision

Many dithering screenwriters have started a few screenplays, outlined a few more, and are thinking about other film ideas. This is not being prolific or the best use of your time. Decide which screenplay is burning to be written the most and make a firm commitment to write it. Don’t use perfectionism as an excuse not to complete a screenplay. Write the best script that you can. As your skills improve, so will the quality of your scripts.

There are screenwriters who overestimate their writing skills and those who underestimate them. The writing craft can be learned through practice. If only self-belief was that simple. Negative self-thoughts are the enemy of emerging screenwriters breaking through. Believing in your worthiness must be consistent with your skill level. Don’t let fear or others’ assessment of your worth define you. A positive mindset will get you out of your funk.

Now, get out of your own way and get writing. Don’t be the person getting in the way of your screenwriting success.