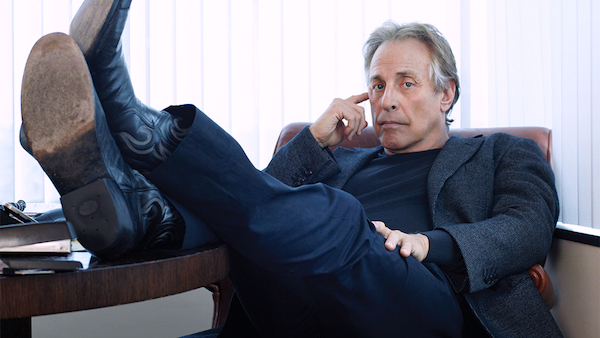 “The idea of a star being born is bushwa. A star is created, carefully and cold-bloodily, built from nothing, from nobody. Age, beauty, talent, least of all talent, has nothing to do with it. We could make silk purses out of sows’ ears every day of the week.”

So says Louis B. Mayer, one of the most celebrated movie moguls in cinema history. Hailed as the Lion of Hollywood, his thunderous roar from the 1930s still echoes today. The inner workings of his mind seemed God-given, geared to draw complex blueprints by visualizing the future, rising as a pioneer that turned MGM into a cash cow that spawned countless subsidiaries and distribution companies long after his death. What made him a colossal influence above anything else—his producer-fueled brain.

As if reaching into a shiny gold tool chest and pulling out a magic wrench, he operated like clockwork to produce masterpieces and movie stars simultaneously, setting a solid precedent. Whether a film is made through a studio or independently, one thing has been certain since his time: Producers run the show behind the curtain.

“Producing is all about sheer hustle and determination in getting the job done, even if your aspirations seem delusional in the process, which they will,” said Jeffrey Scott Collins, principal at This Seems Reel Entertainment. “It is very similar to running your own business and requires a true entrepreneurial spirit.”

“To start off, I make a list of appropriate contacts that will suit the needs of the project,” said screenwriter/producer Reem Kadem, who has various projects in development with top tier producers, with one of her latest films, to be directed by an Oscar Winner.

“It begins primarily with production/finance options, be it companies or direct contacts I know personally. I also collaborate on ideas with the given rep I’m working with, who may feel it is appropriate for them to send it out to A, B, C and D. But I like to think about ideas no matter who’s helping because it’s all about relationships at the end of the day.”

With COVID-19 shutting down theaters and streaming platforms becoming the standard, the system has shifted. Through all the eras—from silent films up to modern blockbusters like The Avengers—things are changing more than ever.

Producer Robert Katz (Law Abiding Citizen, Crash, The Illusionist, Good People, A Little Bit of Heaven, Dave Chappelle’s Block Party) discusses his latest film, The Secret: Dare to Dream, as a recent example of how the industry is evolving. “This film survived the pandemic, the switch from a theatrical release to a premium video on demand, and got into the homes of millions of people with just three weeks to market the movie!” What he liked most about making a film is the journey from idea to exhibition.

After surviving the struggle of meeting the challenges of developing an idea into a screenplay, putting the pieces together, devising a production plan, finding the funding, shooting the film, finishing the film, and finally, after all that work, getting the film into theaters or on TV. Crash, which won an academy award for best picture, touched people’s lives. It had been passed on by many financiers. “We found a way to get that made, barely. In the end, Paul’s (writer/director Paul Haggis) vision and determination drove that film into the success it became.”

Tampa Bay Buccaneers linebacker turned filmmaker Jon Alston wrote and directed Red Butterfly, which premiered at the St. Louis International Film Festival. “Seeing an idea come to life from the seedling of an idea is absolute magic to me. Every film is literally a dream come true.”

Phrases have spun around Hollywood for years, labeling studios by size and importance. The Big Five, the Little Three, the mini-majors, the instant-majors, and the Big Six. And now, the streamers. With the independent film niche skyrocketing, many filmmakers have separated themselves from major studios. They feel a sense of freedom.

“Producer” is a broad term and often misunderstood. The way in which they collaborate with the screenwriter(s) fluctuates. The various types—executive or line producer, for example—vary in their responsibilities ranging from more creative to more business.

“Every producer has a different project in different phases of development at any given time,” explained Steven Bratter, partner at SAEC Ventures, Visiting Lecturer in Film Studies at Copenhagen University and executive producer of Demolition Man. While interviewing his good friend and colleague, Richard Dreyfuss, he discussed Jaws. “The movie changed everything…after that point, the studios became very corporate. It all became about how much money you were going to make on opening weekend. And the movies, they were less concerned with art…[before that] they had no idea a movie could generate that kind of profit.”

“I like orchestrating things, getting the nuts and bolts, putting things together as a whole in order to get things built and up and running,” said Elaine Roberts of Chase Your Dreams Productions. “I’m big on finding your team or ‘people.’ I like to have good working relationships. While I love collaborating, sometimes it becomes a nuisance having to create that balance to make everyone involved happy. In the end, you want what’s best for the film, to deliver the best story in the best quality for the best experience the audience deserves.”

“There’s something profound about having a shared vision, and then seeing it come to life on the big/small screen,” explained producer/manager Joseph Weisman of JNW Films. “Any film project is like starting a new business from scratch. You better really want to work your ass off to make it a success and know that you’re stuck (for the most part) with your partners on it, so you have to be ready to ride it out for better or worse.”

“I love when everyone is working together to make something great,” said Danny Sherman, manager/producer at Thruline Entertainment. “But it rarely is that utopian and when it’s not working, it’s my least favorite part. Usually, there’s a lot of conflict between various egos while trying to make a movie and it can be extremely stressful. There are just too many layers of unnecessary people involved and maybe sometimes I’m one of them! Although, I will say, producing is solving problems and I do love to mediate between people to get things back on track.”

Alexander Von Roon, E! News International producer and showrunner at NBC Universal, asks himself key questions before deciding to take on a project. “Are all the rights cleared? What are the expectations of the client, target audience? Does it make the planet a better place? I try to offer the most elegant solutions and make it easy for talent to excel and to realize their full potential.”

“I wanted to start producing because I had already written and directed features and music videos and thought I wanted to see if I liked that part of filmmaking as well,” said two-time Emmy winner Paullette Victor Lifton. “My first ‘producing’ experience was in the Producers Guild of America 48 Film Contest. You put out mostly small fires instead of big ones and the crew normally likes you better than the director! As a producer developing projects, it takes so much time to get a green light.”

It’s no secret that screenwriters frequently clash with the “suits.” Long before there’s bad blood, the process often starts with a shopping agreement. By the end, unless the writer is well-established, he or she has little power over the end result. The underappreciation of the screenwriter, the architect from day one, remains a mystery to many. But taking a closer look, while unfair, it makes sense.

“The most frustrating and annoying producer is the one who doesn’t know what they want, but feels a need to question every creative choice you make,” stated I Am Legend and Thor screenwriter Mark Protosevich. “This kind of producer drives me mad. They’re coming from a place of deep fear and insecurity and I’m fully convinced that they don’t understand the creative process at all. I’ve been a co-producer on two projects—The Cell and the remake of Oldboy. In both cases, I was the only writer on the film, from beginning to end, which is incredibly rare, I know. The great benefit of being a producer is that you’re included in the process—casting decisions, director choices, etc. You don’t have absolute authority, of course, but your voice is heard and your opinion (hopefully) valued.”

“With one or two exceptions, I’ve had great relationships with every producer I worked with, whether the movies got made or not,” reflected Sleepless in Seattle and Oscar-nominated screenwriter Jeff Arch. “I respect what they do and they’ve respected what I do. I think the key word is ‘grownups,’ and it has nothing to do with age—there are 22-year-old grownups and 62- year-old children. I’ve been lucky to work with grownups of all ages. people who have respect for their craft and approach it like professionals. You can afford to be brand new at something, but you can’t afford to be an amateur.”

“The best producers have an eye for spotting talent in front and behind the camera,” explained Jeff Most, producer of The Crow and The Courageous Heart of Irena Sendler. “I like helping young artists, diamonds in the rough. I’m very fortunate to be able to give them opportunities. To give back and take pride in our work. I think that being a producer is misunderstood by the general public and not appreciated. I actually optioned The Crow for a dollar. Being a lead producer allows me those opportunities to use my experience in the business. Giving back is something to celebrate.”