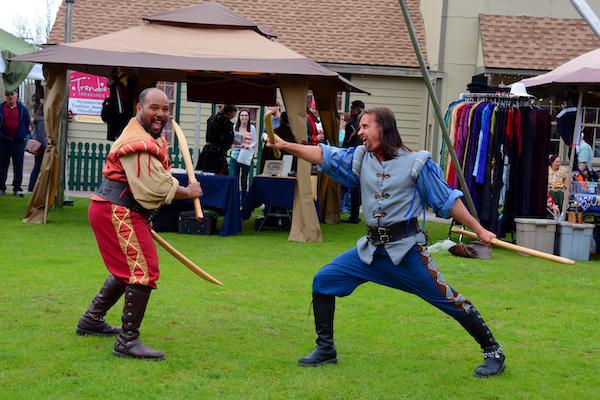 Why You Should Play Closer Attention To Your Characters

If we asked you what was the most important aspect of your screenplay, your answer should be your characters. Certainly, other factors such as dialogue and plot are critical to your screenwriting, but not as much as textured characters. They are the beating heart of your story. Your audience invests in character more than anything else. They invest in their starting point, what drives them, and why they are the way they are. Well-drawn characters will engage your audience and track their character arcs.

We should continue with the definition of a character. While it is true that characters are people (usually) that impact and shape your story from beginning to end, there is more to it than that.

A more specific definition of a character is a collection of traits, emotions, beliefs, feelings, and behaviors that represent the human condition in a way that propels your story. A character is a distillation and concentration of these elements that may or not be found in the same person.

This is a highly-nuanced delineator that screenwriters should understand.

Character is a collection of traits that represents the human condition

A solid character should invite the audience to expand their thinking and imaginations beyond the end of the story. A character is an anchor that illuminates the theme through a very specific and personal point of view. The anchor is often defined as the human elements audiences most identify with. A character is someone to find a way into the story with and continue until the end as they pass through key plot touchstones.

Screenwriters should see aspects of a film or television character as an aspirational, actual, or adversarial version of themselves. Despite the artificial constructs of character creation, they should always feel like people you might meet in real life. This in turn allows your audience to feel something toward them.

The strongest screenwriters express themselves through the characters they create to some degree. They find a way to channel their thoughts, fears, and emotions into their characters no matter how different they may ultimately appear to be from them on the page. Screenplays are a safe space for writers to unload their baggage onto their characters. A highly-stylized autobiography of sorts. However, it shouldn’t be a personal memoir transcribed from your diary. Consider what makes your characters and their journey interesting and filter out the rest. Only use the highlights that illuminate your story.

Screenwriting is as much an exploration of a writer’s understanding of themselves as it of character. As your understanding and appreciation deepen of both yourself and your characters, you can write fully-realized versions of your characters. As you build your character profiles, have an endgame in mind. Know their wants and needs. Know how your story ends even if the ending changes.

Although characters should always be grounded with human characteristics, they can also be ‘larger than life’ or superhuman. This is especially true of superhero characters. Even as they fly through the air, they are a metaphor for rank and file people.

Characters should be layered in terms of their values, choices, flaws, and secrets. They can be contradictory, on some level, to keep them rich. Paradoxically, these contradictions should lie within the confines of their character profiles. A villain can have a moment of kindness and vice versa.

What Would They Do And Why?

Character backstory is another essential element of writing complex characters. It is the culmination of every life experience, belief, attitude, decision, and action that led them to the opening scenes of your story. The majority of a backstory will never make it to the page, but it will influence every scene and contour how characters express themselves. Many writers don’t pay enough attention to this stage and write flat, predictable characters. Also, be mindful that it is rarely one single experience that triggers character behavior. It is more often a sustained series of events. Even when you reach the inciting incident in your screenplay, it is the backstory that will inform how a character proceeds.

You can never write too much backstory for your characters, particularly your main characters. If there’s too little backstory and you don’t fully understand them, screenwriters run the risk of forcing them to do something contrived that suits the screenwriter more than the characters.

There is an inherent conflict in every character choice no matter how benign or innocuous. Buying a coffee can test a character with regard to how a character processes a situation. Should they get sugar? What size should they get? How will it affect their budget? Is the line too big? Will they wait or get a coffee at work?

Conflict isn’t always about two or more characters fighting over opposing viewpoints. It’s more about putting them through an emotional mincer while raising the stakes as they navigate a situation.

Screenwriters should appreciate that the seemingly insignificant ‘slices of life’ moments can reveal most about a character. Many characters will react similarly if they find themselves face to face with a knife-wielding maniac. They would intuitively choose either a fight or flight response. The coffee scenario described earlier uncovered some nuances of your character.

Culture, age, gender, and ethnicity may not always be as important to your story as you might think. Too many screenwriters paint such characters with broad brush strokes in an effort to diversify their character palette. It’s more important to focus on how the specificity and authenticity when constructing such characters to tell your story.