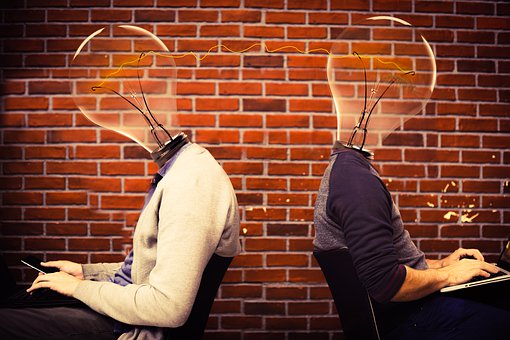 At some point early in the creation of their screenplays, students I work with need to share their loglines with their fellow screenwriters, and very often the air of unease about this process is palpable. Not so much because these authors are nervous about having written a poor logline, but because once the idea is out there, everyone will know what it is! It’s a deep-seated fear, this nerve-wracking feeling that putting one’s premise into the universe will mean that anyone can then grab it, shape it, mold it into something for their own creative purposes. Often informed by the reputation of Hollywood as a veritable confluence of appropriators fueled by creative people’s general worry about making their inspiration available to strangers, there is yet another layer to the lack of conviction screenwriters can have when it comes to holding tightly to their concepts.

This other layer of insecurity is revealed again in the teaching process when it comes time to go back into a first draft and gut it, revisit as many approaches to the scene writing as one can, and fashion a new entity from what is often delightfully referred to as the vomit draft. Here again, writers will balk. A reluctance to change what they have painstakingly plotted over several months’ time kicks in, and the suggestion that alterations or improvements can be made brings out their defensiveness.

What’s going on underneath all this? After years of encountering these worries in my own process, and now experiencing them through many years of teaching, I was led to an understanding of what was getting under the skin of script writers when, during a notes session with a student, I spontaneously blurted out a truism that never failed to elicit a sigh of relief:

You are never going to run out of ideas.

Even if you have, what you believe is a stellar idea, kill it. That’s right. Move it to the delete folder. Then move it the later folder. The act of your perceived loss will spawn a dozen other ideas. Ideas that would never have been considered if you attached yourself to the hip of your single idea. Kill one idea and many others will be born.

You are entering the most collaborative medium in history. So, the screenplay that won you the competition and got you the agent and eventually got made as a feature film turned out to be the diametric opposite of the one you wrote—so what? You got a foot in the door, and you’ve got plenty more where that came from. Some scripts will be able to line up with every intent you had going into writing them, others will evolve in ways you cannot afford to qualify as good or bad. A screenplay is a blueprint, so goes the oft-repeated adage, and it exists to inspire others to turn it into something visual.  You may be unhappy with the result of that inspiration or you may feel they got it just right. Either way, you are amassing a body of work: keep creating. You win by staying creative—a life choice very few people actually make. You’re already in an exclusive club, just by giving voice to your muses.

Allow me to illustrate this by relating to you a story. One in which yours truly nearly screwed up a very good opportunity, all because I thought my entire career rested on a single project. I could not see that I would have a life filled with thoughts waiting to become screenplays, and thus held my notion of the one way to do things tightly in my stubborn fist.

A few years ago, my short film had been well-received in the festival circuit, and through a contact who knew the head of a big theatre chain, who, in turn, knew a well-established independent producer, a screener found its way into their hands and a meeting was set up to discuss turning my short into a feature film, with a budget low enough to ensure that I would be able to direct it. Pretty sweet.

I entered the meeting confident in my vision for how to expand my 25-minute film into a longer story. But, be careful of that term “vision,” and how it can get in the way of collaborative opportunities in the film industry. Having a vision is the same as being afraid to share your ideas with others—it’s a way of being too steadfast about the one artistic entity that you believe is who you are at the time. You see, somewhere inside I was simply playing the role of a brash young filmmaker. The popular image of said personage is that of a driven cultural despot who will follow nothing but the dictates of his or her intellectual conscience. When Orson Welles directed Citizen Kane at 25, he may not have been the first youthful egomaniac to be given the reins on a feature, but he sure set a bar for stubborn independent filmmakers to come. And I was falling right in line, believing my precious idea could only evolve along one set of tracks.

The conversation started off well. The producer, the theatre chain mogul and I seemed to be on the same page about the intent of my work and the ways in which it could be more fully realized at a length of 90 minutes. The project was well-suited for low-budget filmmaking. With few exceptions, it featured only two major characters in an isolated space. A fine way for an unknown to make his directorial debut on a shoestring.

And then they dropped the bomb.

They wanted me to make a big change. A change that would significantly alter the tone and intention of my original idea.

My back went up. Oh, no. They wanted to mess with my precious “vision.” Clearly, I had been led down the cinematic garden path. They did not understand what I was trying to accomplish with this work, and they were asking me to do something that would betray my artistic integrity.

I told them it did not seem in line with what I hoped to accomplish with my film, then shook their hands and exited the conference room.

The first mistake I had made was to not follow one of the most cogent pieces of advice you will ever hear in the screenwriter’s life: when receiving notes, take them in, say you will consider the criticisms and shortly get back to those involved. Rejecting the proposed change to my lofty ideals while in the meeting itself was bush league, and flatly stupid.

The second mistake I made was in not realizing that ideas are fluid, that creativity is an ongoing process, and that any writer worth his or her salt will always have other “visions” to preoccupy them. Writers write.

Luckily, there was a qualified happy ending to this tale of my petulance and ignorance

About an hour after I returned home from the meeting, I froze in place as I opened the refrigerator to see if anything in my starving artist’s hovel had not congealed to the point of being inedible.

Having opened that fridge door, I realized I had closed another one. I had shut down my potential creative collaborators’ suggestion out of hand and denied myself the opportunity to build relationships and potentially grow an idea into something new and compelling.

And yes, in fact, the big change they wanted to make was not as superficial as I had first thought when I was rigid about my idea. Taken more fully into consideration, it had the potential to reveal entirely new dramatic, thematic and character aspects of my original story than I would ever have thought.

I called them back. I told them I made a mistake. Told them that I was honored that my work had inspired them, and that if it was not too late, I would like to pursue working with them and taking into consideration the change they suggested to my formerly resolute stance on my script.

They were impressed with my new-found professionalism and said “yes.”

The qualified happy ending is that, although we were never able to secure funding for the project, throwing myself into the screenplay with an open and carefree attitude toward changing what I thought was the only way to do things? It yielded one of the most powerful scripts I ever wrote, and one that I still use as a spec calling card to demonstrate me at my best. By implementing a change I was reflexively resistant to, I unlocked a sense of fun and joy in the writing process. Any writer who has ever spent twenty elated minutes at the keyboard only to look up and realize four hours have passed will relate to what that knocking down of self-imposed barriers can offer.

That never would have happened if I had held tightly to my one way of realizing a vision. Ever since then, I bend and don’t break when it comes to the response to my work and the request for revisions.

It’s a far less stressful way to live, and it reminds me, every day, that I will never run out of ideas, and that it is irresponsible to let one of those ideas die rather than taking a breath and seeing how many different ways it can live.