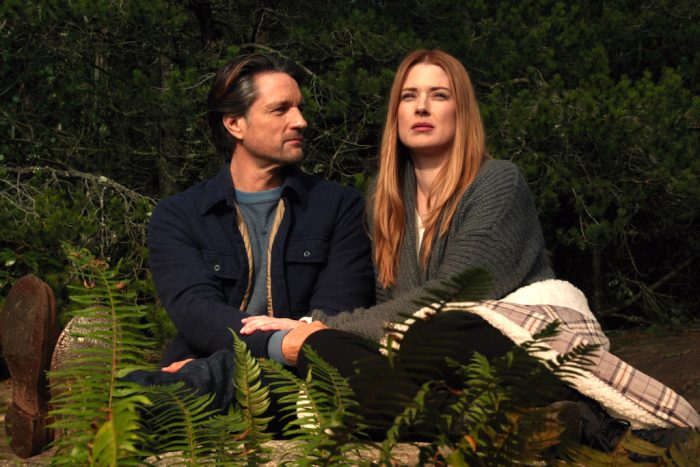 Veteran TV writer Sue Tenney, also known for her writing work on 7th Heaven and Cedar Grove knew she was onto something good after she read the New York Times bestselling Virgin River anthology books by Robyn Carr – all twenty-one of them. Tenney developed the novels into a TV series focusing on Melinda Monroe (Alexandra Breckenridge) who traded Los Angeles for a remote Northern Californian town and her romance with bar owner Jack Sheridan (Martin Henderson).

“I was really attracted to the characters and their backgrounds. Their pain and the things they were working through really got to me,” confessed Tenney. “Mel’s pain of fertility problems and losing her husband and Jack’s PTSD from Iraq.” Virgin River might easily have become a sappy romance, but it’s about very real people.

Sue Tenney had her work cut out when she approached adapting the novels. The writer turned to a traditional template for romance novels – each one begins with a new woman (and subsequent romance). In the case of Virgin River, season 1 was focused on Mel, season 2 on Paige, and season 3, to Charmaine. The challenge was to bring this novel romance format into episodic television. 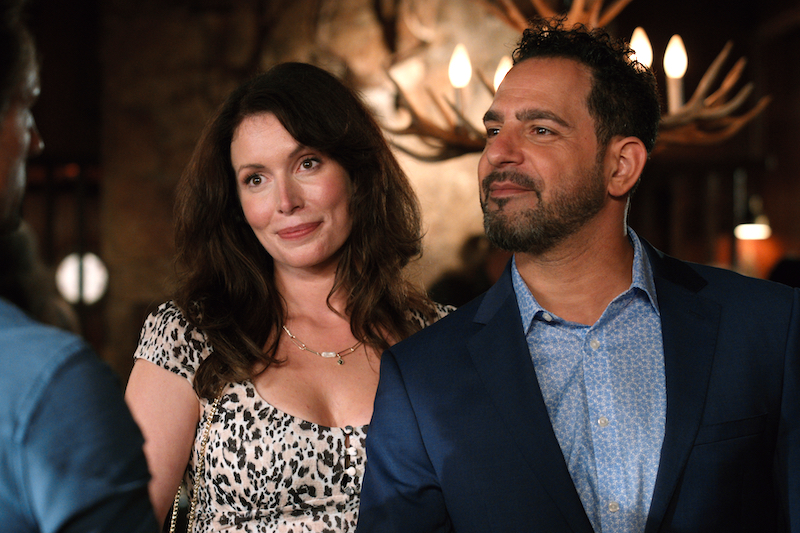 For Tenney, it was a matter of “finding the thread through the main characters you want to tell the story.” In this case, Mel and Jack formed the backbone of the entire show. “Then we look at the rest of the world and pay homage to those characters.” This was a subtle, but substantial departure from the novels, where Mel and Jack’s romance wasn’t always at the center of the action.

Although Mel and Jack formed the core backbone of the entire television series, Tenney often ventured outside of this to build out the world with the interesting characters and integrate it with the backbone. The writer stated that “not everyone can have an A-story. You need to pick and choose which other stories you explore.”

Prior to pitching each season, Sue Tenney and her collaborator Amy Palmer Robertson would read the books to ensure the television show didn’t stray too far from them. They did heighten some story elements such as the cannabis growing scenes which were escalated to the harder drug fentanyl in the series.

Sue Tenney didn’t tackle all twenty-one novels at once before embarking on the adaptation process. “I pitch at least five or six seasons so I know where I’m going. I can’t pitch the first season without knowing what season five might look like.” She also pitches individual episodes in each season to ensure she knows how each season will start and end. Although there are some shifts, the majority of what she pitched upfront remained in the final product.

Season 3 opened with the aftermath of Jack’s shooting following his cliffhanger shooting of the previous season. They had to establish if Jack was dead or alive and gradually unravel the mystery of who shot him. “We loved opening season 3 with not knowing where you are and can’t tell exactly what’s going on.” The writing team focused on the mental rather than physical anguish of the shooting.

The cliffhanger ending each episode and season were unique to the television show. “Robyn Carr didn’t use cliffhangers in her books.” They were closed-ended stories. 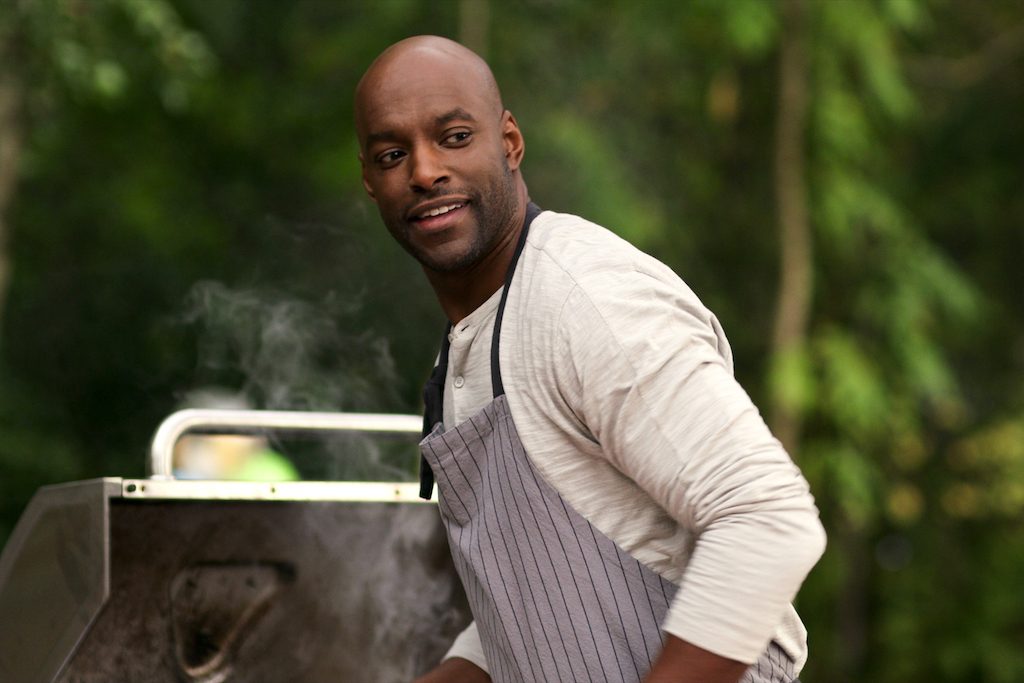 Virgin River equally straddles the romance and drama genres with added crime, mystery and soap. These latter elements make Tenny’s brand of romantic drama genre different from the standard fare. “They don’t take up a tremendous amount of time on screen, but are certainly noticed.”

Despite some heart-wrenching drama in the show, Tenney relishes the sprinkles of comedy in Virgin River. “It’s not a laugh track comedy. It’s the subtler comedy you experience when you look in on a different world and the people that live in it. It’s the fun that the characters can have with one another.” It’s important that the comedy doesn’t feel like a scripted joke, but rather, it comes out naturally.

It’s also important to build out the remote town of Virgin River as its own character according to Sue Tenney. “We start each season with a concept meeting to decide which beautiful places we’re taking the show. Is it a waterfall or a river? We’re building on that beauty every season.” The town is fictitious, but it’s very real in the minds of Robyn Carr and Sue Tenney.

Although Virgin River is filled with stunning natural beauty, Tenney makes a point of not idealizing the town. She insists on giving it some flaws to make it attainable. “The characters and community that cares for each of us can be found in any town if we put our minds to it.”

Inside The TV Writers’ Room

Virgin River has a relatively small TV writers’ room headed by Sue Tenney and Amy Palmer Robertson. The writing staff has been reasonably consistent over three seasons with a core group and a few newer writer slots.

Tenney describes the TV writers’ room as an “open, honest, safe, and sharing place.” The common thread is that many conversations come from the pain of someone’s past.

They begin the story by breaking the arcs of the characters. “That might be a physical and emotional arc for each character. Then we look at their arcs together especially for Mel and Jack.” This allows the room to identity the story tentpoles they want to reach throughout the series. “Even if you have to pivot, it gives you a structure.”

The pitch for every episode begins with defining the Mel and Jack story. “Once that is locked down, you can continue breaking the rest of the episode.” This allowed the writers to plot each character’s storylines, especially the fifteen series regulars.

After the stories were broken, Amy and Sue would create a story document and wait for network notes. Then they would create a solid beat sheet and allow the assigned writers to complete their episodes usually within a week. “We set up our writers for success.” Once the episode drafts are returned, Tenney would give them notes and allow a shorter time for them to revise their scripts.

Sue Tenney offers some words of wisdom to newer television writers. “Pay attention to the structure of the TV show you write for. Also, the more you write, the better you get.“