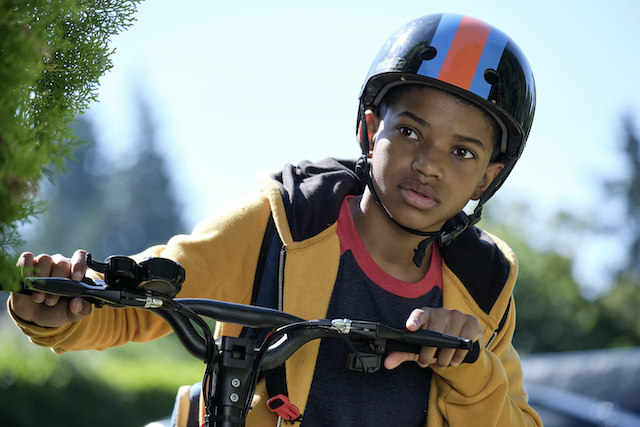 Emma Needell grew up on a solar-powered cattle ranch in Colorado. While they didn’t have television, they did have movies. “They had everything from Tora! Tora! Tora! to Do the Right Thing,” said Needell about her parents’ movie collection.

“Rural Colorado is cowboy country and I’m a nerdy Jewish girl who is allergic to horses,” she joked. “I didn’t have a lot of friends growing up, but movies were proof that there was an outside world full of different people and different ideas.”

Needell eventually used her imaginative nature to create her own worlds. Most recently, she’s created The Water Man, about a boy who goes on a quest to save his ill mother by searching for a mythic figure said to have healing powers.

“I felt destined to work in Hollywood,” she said. “I loved collaboration. That’s always been the drive. I fell into screenwriting because I was broke and didn’t know anyone. Writing was a way I could be creative and explore art — the art of working in movies, but for free, and by myself.”

According to the screenwriting, she wrote five “bad” screenplays before The Water Man. “I finally tapped into what I wanted to say. With the first ones, I was trying to figure out form and craft, but also writing what I thought other people wanted to read.” 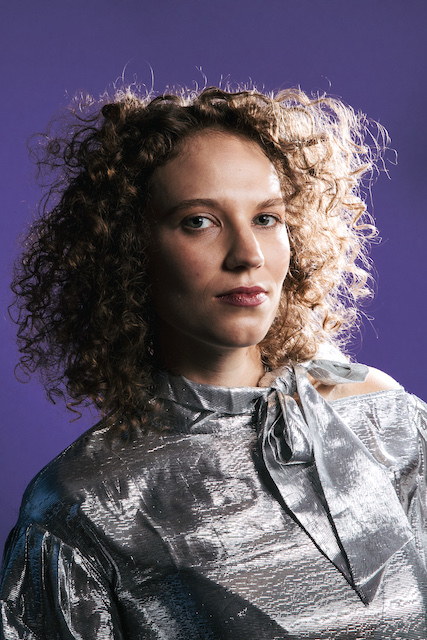 With this new script, she not only believed in the story, but found a path to add her own “philosophies about life” into the story.

In addition to The Water Man, Needell has also sold two other screenplays. In Songs of the Damned, a group of inmates stage a musical to escape from prison. In the other project – currently untitled – a young boy travels to a fantasy world hoping to break away from his reality.

“I’m a world-builder and myth-maker. I like originality. I’m excited by stuff you’ve never seen before. But, first and foremost, the through line, from a philosophy standpoint, I call evil with a heart, so dark in tone and theme, but with a through line of hope.”

Craft-wise, however, the premise should always be clear. “The premise is the North Star of the project. What’s the point? What’s the argument you’re making through narrative. For Water Man, its… hope is the strongest form of bravery. That thought is how I crafted everything else about Water Man.”

For Songs of the Damned, which is currently in pre-production, Needell worked with Director Adam Hashemi on his original idea, but again, the premise is clear. “Art is the real freedom,” she said. “Every project I work on has had a director attached and as a screenwriter, that means talking to the director about what they believe in, what the North Star is, and everything gets crafted around that.”

With five scripts under her belt before The Water Man, Needell said this latest script – about “life, death, and family” – encouraged her to keep writing. The influence, however, came from a friend of a friend.

A friend of a friend had a near-death experience as a river guide. This person fell off the raft and was held under water due to the current. Technically, the person died, but thanks to CPR, came back to life. “They had this realization that they were going to die, but were filled with peace and euphoria. It really changed how they viewed the world, and life and death.”

Needell actually heard this story when she was only eighteen, around the same time her grandparents passed away. Years later, as this idea marinated, she was working as a nanny for a young boy who was also grappling with these big life and death questions. “It made me realize these are things we’re all asking. Children are trying to figure out the world. What does it all mean? What do I believe?”

The idea of hope is what drove her not only to keep writing, but to write this particular story which was personal to her. “Hope is not weakness. It’s strength and bravery,” she reiterated. That said, big ideas are often hard to sell. “Some of the best screenplays of all time were never made into movies. Hollywood can be a very fickle and heartbreaking place to work.”

Before selling the screenplay, another way Needell figured out how to keep pushing forward was actually changing her definition of success. Rather than focusing on selling the script, for example, she changed her outlook to finding a collaborator passionate about the project and who understood the premise.

“That’s when I got a call that David Oyelowo (Selma, Nightingale) wanted to meet about it. In that meeting, I realized David didn’t just understand the premise, he lived it, knew it, believed it. He had unparalleled passion for the project.”

While the screenplay was never on an unstoppable track to get made, Oyelowo’s passion helped push it forward. “The best thing you can do as a screenwriter is to write something that ignites the passion of the other collaborators of your project. David was passionate and had a vision, even before he was the director.” 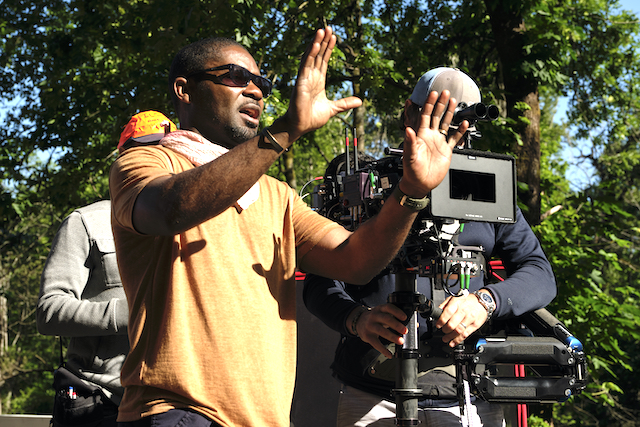 At the time, there was another Director attached who had to leave the project for scheduling issues. Oyelowo, an actor who had only technically directed a short before The Water Man, signed on to direct the project after Needell pitched him to do so. “He then brought together a team driven by passion.”

If Oyelowo was a guiding light for the project, the opposite of such might be known as a “shinecrafter.” Needell and her fiancé coined the phrase, which refers to people “who are really good at making something appear sparkly. Really good at the art of the pitch, or the art of the sale.”

One way to determine whether or not a person is authentic, according the screenwriter, is to dig in when meeting with someone to figure out what makes them tick. “Why do they do what they do? Why do they care? People are good at selling, mentioning big directors, or big studios, but you have to deduce, do you want the big flashy headline where you’re a backlog on a slate?”

She continued, “There are shiny things, but as a screenwriter you’re climbing over that first huge mountain – getting people to notice your work – you have to ask yourself, what do I really want?” She said she doesn’t believe people go in with bad intentions, but it’s easy to “get lost in the shiny objects. It’s really important to stay grounded and ask yourself, who do I want to collaborate with and why?”

On the other end of the spectrum, Needell met with Oyelowo not long after Selma came out. “He had four children of his own and what he wanted to do was tell a story with a black family at the center, that dealt with universal themes. He knew children ask fundamental questions, and he wanted to make an adventure film for children that didn’t talk down to the audience.”

The family, composed of Rosario Dawson, David Oyelowo, and Lonnie Chavis, was the center point of the fantasy. “Then he said the best thing a screenwriter can hear: I promise I will do everything I can to get this movie made and that you will not be re-written off the project.” 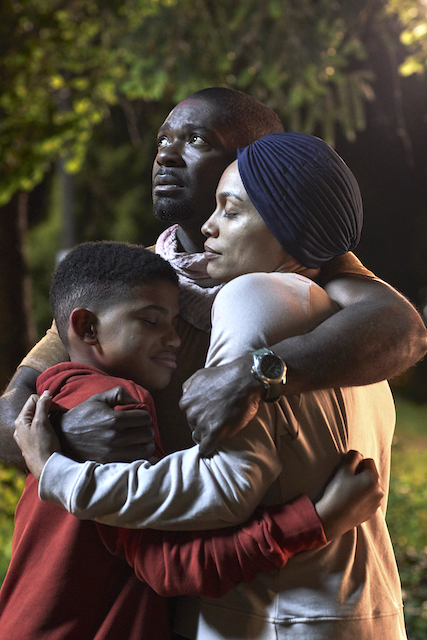 As a first time screenwriter, she put her trust in the actor/director and believes he’s a man of his world. “He’s also the kind of artist who makes a safe space for ideas. He wanted a cinematographer or prop master and said, ‘Give me your best as an artist.’”

As for the actual plot, it somewhat came from a series of “legends” and “ghost stories” which were interwoven in the screenwriter’s childhood in Colorado. “When you’re going through something as intense as illness, there’s a sense of urgency, but you also just want to fix it.”

In the middle of this, however, the caring family member has to eventually listen to what the sick person wants, as opposed to what they want for the sick person. “Mary’s line in the script says, ‘We don’t know how much time we have, so we need to spend it loving each other everyday.’” With that in mind, it’s possible to waste time trying to fix something, rather than cherishing the time available.

Plotwise, once the director signed on, the screenwriter agreed the story could shift from the darker tone to a more adventurous story for younger audiences. This also led to the animation sequences in the story, showcasing the “water man” as a graphic novel character in Gunner’s head, the young protagonist.

“Sometimes, because of a budget or change in scheduling, you have to be able to pivot. Sometimes, those pivots actually bring out the best parts of the projects. That was David’s idea, and since Gunner was always a writer, David had the brilliant idea of having the flashback take place in Gunner’s head, in the same animation style. What started as a problem blossomed into my favorite part of the film.”

This interview has been condensed. You can find the full audio version here.