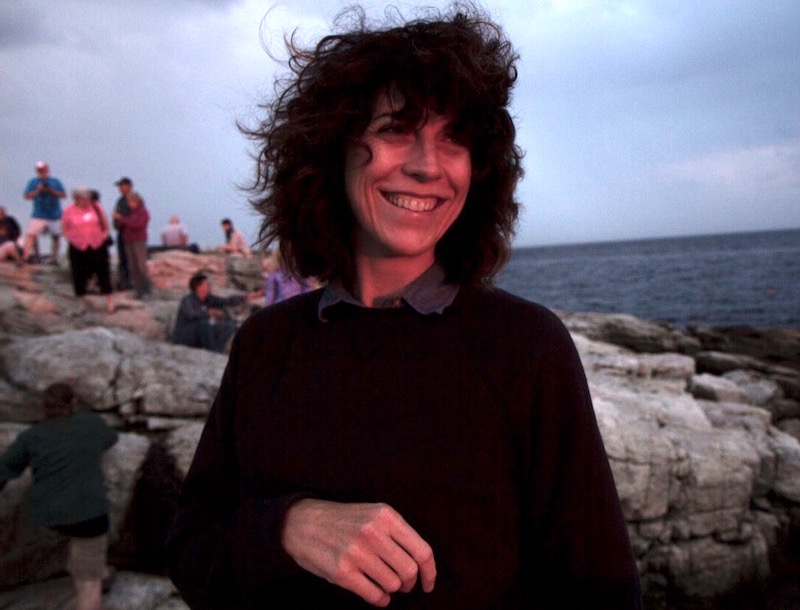 In the 2010 film Blue Valentine, viewers were invited to watch the rise and fall of Dean and Cindy’s marriage. Directed by Derek Cianfrance, it stars Ryan Gosling and Michelle Williams (garnering her an Oscar nomination). The film launched the career of screenwriter Cami Delavigne.

Delavigne, a film and TV writer living in Los Angeles, has since moved into the long format of television. Working on popular TV shows like The Son, Quantico, New Amsterdam, and the smash Amazon hit, Homecoming, she’s quickly developing her own personal screenwriting brand in an overly crowded marketplace. She was asked what attracts her to particular TV shows to potentially write on.

“When your agency sends out a link to all the new TV pilots, it always starts with the script. If I’m not on a show and I know I want to go out for staffing season, then I want to read the scripts,” said Delavigne. “I know what I don’t like. I’m not into crime or FBI stories where it’s hard for me to connect. I like a resonant topic with a light touch of humor. I look for strong female leads.”

Outside of the basics, the screenwriter also looks for dialogue “that doesn’t have too many question marks.” This pet peeve, according to Delavigne, is essentially a sluggish way to enter into expository plot comments. “Questions and descriptions of women based solely on appearance also tend to be a warning sign for me.”

Delavigne credits TV shows like Better Call Saul for mastering the art of the “invisible script.” The writer asserted that TV shows executed well, are done so in a way that the script is almost obsolete. “If I can see the hand of the writer on the screen, it takes me out of the story. I’m trying to figure out if I’m absorbed into this world or taken out of it.”

“As film and TV writers, we are practicing the art of engagement. That’s our job. You need to bring an audience into your world and allow them to be absorbed into it. If you throw in bad dialogue or weird camera movements, you break your scared contract with your audience.”

As a writers’ room participant, Delavigne advises novice TV writers, who want to enter the world of television, to be someone people want to “hang out with, and be creative with, for eight hours a day. You have to be a cool person. For me, that means listening, having a sense of humor, and knowing when to release the tension or pressure of coming up with the story.”

“Most of all, be open and accepting of ideas you don’t necessarily agree with. Be silent, or know how to adjust the pitch so it fits the vision of the TV show. It sort of like a board meeting, but most people are relieved to go back to their desks where we are for five days a week. You’re meeting with a group of creative people, bouncing off ideas, keeping the story moving, accepting ideas, adjusting ideas, and being a pleasant person at that moment. Obviously, you also have to have knowledge of the TV writing craft.”

“You can learn the hierarchies and the personalities in a room as a writer’s assistant. As a staff TV writer, you are able to work your way up. You’re able to do the observing and it’s a wonderful, supportive environment. Personality is more important in the early stages of your screenwriting career. Later, your experience is going to give you the real edge you need as a professional TV writer. You have to be able to craft an engaging story.”

In the world of television, Cami Delavigne seeks out deadlines. “I always have it within me to be able to write something and I think there is a romanticism that gets indulged too much that you can’t write without a spark of creativity. But I spent all this time writing in my twenties when nobody wanted it, but I forced myself to write whether I was feeling creative or not. The result is that I’m now able to write on any given day.”

“If I’m forced to work on another project after writing all day in the TV writers’ room, I’m living the dream, which is: somebody wants my writing. If somebody calls me up, then I’m going to wake up at 5 am, or hit a coffee shop after work, or work over the weekend, because that’s something I would lie in bed and dream about doing,” Delavigne added.

While working on Amazon’s miniseries, the screenwriter was also a staff writer on the NBC drama New Amsterdam. She felt a little uneasy about the job as someone who didn’t have medical family members or much knowledge of the medical field. She saw something unique in the TV series and its characters.

“I think with anything where you’re venturing into a new job, you want to do your best. For me, I find the characters I want to connect with. For Homecoming, it was never a government conspiracy show. It was always a woman in love with somebody who wasn’t in love with her, or a woman facing regret about her job, which are two emotional places I can live with.”

“For New Amsterdam, I really grasped onto the good-heartedness of it and wanting to do good, but also the frustration with a bureaucratic system that oftentimes did not make sense. I entered into a high reservoir of experience based on jobs I’ve had to do in my life before I became a TV writer I was frustrated with the bureaucracy, or I wanted to make my mark and make things better than they were. It was just finding the emotional space to connect with the story and living in that space.”

The original story idea for New Amsterdam comes from a book by Dr. Eric Manheimer called Twelve Patients: Life and Death at Bellevue Hospital. The TV writers’ room was lucky enough that the author and doctor spent months with them answering questions and unraveling his world beyond the pages of the book. Thanks to Manheimer’s guidance, the TV writers’ room could simply focus on character-driven stories rather than medical procedures.

The TV Guide description of Homecoming mentions “Good intentions,” “Erratic bosses,” and “Mounting paranoia.” It describes the tone without unraveling the story. In simple details, Heidi, played by Julia Roberts, is a psychiatrist working with PTSD candidates, but there’s so much more to the story from Mr. Robot creator, Sam Esmail.

The story of Homecoming can be somewhat difficult to describe, as it revolves around memories, splitting timelines, and possibly even an unreliable narrator. “It’s a psychological thriller—maybe a little more slow-moving as there aren’t guns and dead bodies popping up everywhere. I also saw it as a woman with a crisis of consciousness, which drew me to it.”

In terms of pacing, the mini-series is certainly a slow burn. So slow that many audiences aren’t aware what’s going until a few episodes into the TV series. “There are things that hook that engage the audience so they lean in and want to know more. This may be naïve, but I think you can move at any pace you want as long as it satisfies the creator’s own ADHD. If the creator likes something that moves slowly, that’s his or her prerogative.”

“It’s also all about character. You can move slow or fast as long as you keep turning over true character moments. You have to give the audience something to sink their teeth into. Personally, I don’t really even connect to crazy plot points or twists, but I do connect to feelings of shame, loneliness, longing, deception, and other feelings a character is able to present and display to the audience. Then you can move as fast or as slow as you want. That’s my theory, anyway,” she concludes.

The plot, which focuses on PTSD candidates, has been done before, but Homecoming is clearly different. “I think Sam Esmail is a total genius. He directed the show so tightly and phenomenally that I was blown away. I think television is more director-driven these days, so working with established directors is a way to see the future of TV moving into an auteur direction. which challenges the usual constructs. I think we’re seeing a more vision-driven art form.”

Delavigne is listed as a story editor and writer on Homecoming, but the last thing she’s thinking about in the TV writers’ room is her title. “Whether you’re a staff writer, co-producer, story editor, or whatever, all you’re trying to do is help create a story that can connect with an audience. You bring in your own experiences, talk about what touches you, or pitch ideas with a greater theme. I don’t separate the titles from the job.”

In terms of advice for novice screenwriters, Delavigne pushes the practice of reading scripts to develop the craft. “Love scripts as much as you love fiction novels, short stories, plays, or whatever got you excited about writing in the first place. Not many fifth graders got excited by reading Hollywood scripts, but they are a different literary form which can be as entertaining as the New York Magazine on your end table.”

“There are brilliant screenplays out there, so learn to love them as much as you love other forms of literature. That, for me, is a great way to educate yourself but also to combat writer’s block. If you’re supposed to write and you can’t, then read a script so you’re still doing something writing related.”