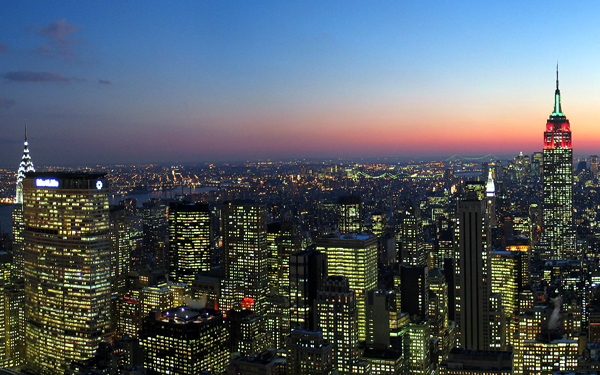 A car is parked at the curb. Inside, a group of screenwriters wait at the corner of nothing and nowhere, failing to set the scene with any specificity and therefore failing to engage the reader into something resembling a cinematic experience.

Every screenplay should be set somewhere. Forget that maybe you’ll be shooting it yourself and so you know where everything is—all the more reason to paint a picture for the reader based on what you actually do know about the locations you’ll be using.

Forget that you’re worried Hollywood will only change whatever setting you include based on which state is offering them the best incentives these days. It’s still your ability to set the stage with your writing that will be part of what brings your script attention in the first place. (Richard Wenk’s screenplay for The Equalizer was set in New York and later filmed in Boston. Nobody got mad at him for setting it in New York first.)

Remember, too, that it’s no fun for readers (often the gatekeepers that can decide whether or not your script advances through the pipeline) to come across something generic. It’s exciting to see that screenplay takes place somewhere, and that it has, even if minimally, been taken into account as part of the writer’s vision.

The Mean Streets of New York. Or possibly Boston. Edward Woodward as Robert McCall in the original The Equalizer

So, let’s revisit that opening scene with which we began.

A minivan is parked in the middle of Kenmore Square. Inside, a group of screenwriters take in students, blue-collar workers and sharp-stepping professional women scurrying in the shadow of Fenway Park. On a game day, a really wild foul tip might just go through the minivan’s windshield.

We know where we are now. We have given our movie a sense of place.

Now we can take a pass through our latest draft and make sure there is nothing generic about our locations. Where does your protagonist live? In what town? On what kind of street? And don’t even waste a good establishing shot: name it, label it, and specify it. Give it a little character. Film is a visual medium, and the backdrop against which a narrative is set should begin to feel like one of the very reasons the story itself is being told.

The first few pages provide the best opportunities to get a little flowery. The reader is easing into your world. Soon, he or she will need to start zipping through the pages, and investing every description with verve and wit can become tiresome. But that does not mean your sluglines should not constantly indicate something tangible and real. If you’re in the middle of a chase scene, you won’t have time to dwell on clever turns of phrase, but there is no excuse for:

can immediately convey so much more in an instant.

Okay, so what about interiors?

It’s not as objectionable to come across a slugline such as:

Once we’re inside, a production design team will likely have a lot to say on the day about the objects and layout of a character’s living or work space. And, as writers, we have a natural tendency to add details that reflect our characters’ personalities. An orderly room, a chaotic room, a room filled with photos of an ex-lover.

But in locations outside the recurring spaces in which our characters reside, there can be more golden opportunities to set our writing apart and create a sense of place.

Two characters meet in a bar, for example. Why do this:

Jack and Teddy sit at the bar.

When you can do this?

A dive. Teddy and Jack sit at the bar, across from a wall-sized mirror with enough cracks to make you think the BARTENDER has thrown a few unruly patrons up against it.

It doesn’t take much, and dropping little flourishes like this into the script – judiciously – helps keep the reader engaged and advertises a writer with a voice.

Now, a word to science-fiction and fantasy screenwriters:

Ignore everything you have just read.

Not really, but genres that involve places which do not actually exist tend to make screenwriters fall into the trap of inventing a sense of place out of whole cloth. Blade Runner and Tolkien-esque landscapes described with the minutest of details, down to the exact color the sky turns when the ashes from the smokestacks in the dystopian city interact with the atmosphere; or the exact diameter of the jewel-encrusted belt buckle that is part of the accoutrement of a race of good forest witches. It can be hugely cathartic to create a world that never was until your screenplay brought it to life, but try to resist the urge to combine novel writing with screenwriting. (As a general rule, if your first page is a to-scale map orienting us to your imaginary world, take it down a notch.)

The more screenplays we write, the more we ease into a rhythm of how and when to use specificity of place as part of our tool kits. But we should always be striving to get it right. After all, every story takes place somewhere. So, take us to where that is, and your screenplay will make the people reading it feel that much more like they are holding a movie in their hands.