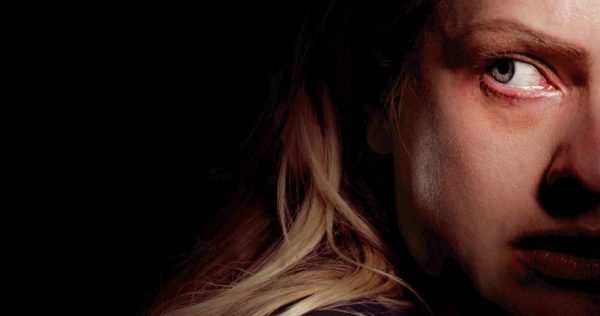 Horror movies were traditionally saved for bulk release during the month of October. Every stripe of horror was fired from the studio cannons and executives crossed their fingers and hoped for the best. Then studio executives discovered there were eleven more months in the year that were being consistently neglected. Although many marquee horror films are reserved for an October release, horror writers can use the remaining months to create an emotionally engaging screenplay.

The horror film genre is a much-maligned by audiences and critics as it is adored. It should be treated with the same respect by screenwriters. It is not simply a way to break into the industry so you can write your prestige piece. If the story and characters are thin in your story, no amount of gimmickry will save your screenplay. You are screenwriters after all.

“Horror is a lot like comedy,” said writer/director Leigh Whannell (Saw, Insidious, & The Invisible Man). Both comedy and horror are each trying to elicit a singular response, laughs and scares, respectively. Much like comedy, screenwriters may try to paper over the cracks in their horror screenplays by adding more blood, gore, shocks, and scares. In comedy, writing another joke can be similarly misused to obscure story problems.

All story sins may be forgiven if a horror film is really scary. Terrifying even. Something that affects the audience on a primal, visceral level.

Scares Must Be Carefully Constructed

Despite scares being the main barometer for the success of a horror film, they need to be properly set up and executed. That is why scares are so hard to write. Fede Alvarez, writer/director (Evil Dead, Don’t Breathe) believes crafting the perfect scare is an art form as well as a science. “They need to be carefully structured because you’re appealing to all the audience’s senses.”

Whannell stated that we are currently experiencing a resurgence of pulpy schlock instead of prestige horror. This phenomenon was last seen in the 1980s when horror got its bad reputation because studios could churn them out quickly and cheaply. “We are going through a trend now of too many lazy jump scares to patch up plot holes,” said Whannell. Alvarez is more sparing in his use of scares. “Sometimes the best horror films are those with fewer scares. The anticipation of scares is more effective.”

When Leigh Whannell and his writing partner James Wan created the successful Saw franchise in 2004, they made a list of rules for their writing process. The most memorable one was a ban on fake jump scares. No cats with arched backs signaling impending doom or open doors leading to a dungeon. All scares need to be earned to work effectively. Cheap scares are like cheap jokes. Audiences will not appreciate them.

Horror audiences are savvy in their knowledge of horror tropes. They have become more sophisticated and come to expect shocks and scares at certain points in a film, whether consciously or not. Both Alvarez and Whannell subvert the timing of these tropes to unsettle the audience. Whannell added, “There is too much emphasis on the adrenaline spike. The fun is not in the spike, but in the torturing the audience to achieve that spike.” It’s the dread of an anticipated scare.

Horror writers can use their audience’s advanced cinema literacy to their advantage. You can set up a scare and not pay it off immediately – if at all. Or you can write a scene to give the audience a false sense of security and pay it off when they least expect it. Horror fans have become desensitized to big horror scares, almost to the point of being immune to them. Consider the ubiquitous screaming woman running through the forest with a knife-wielding maniac hot on her heels. Tease the audience and then let her escape to a seemingly safe place. Let the audience catch their breath. That’s when the maniac should reappear unexpectedly and finish the job.

Both Whannell and Alvarez lament certain horror directors who are almost ashamed of the genre. Such directors shouldn’t exploit the popularity of the genre and then be ashamed of it. Horror deserves the same respect as all genres.

Fede Alvarez claimed, “Some of the classiest films have fewer scares. Some elite directors think they’re better than the scares and avoid them. Many times it’s fear telling directors they can’t innovate the genre.” Instead, Alvarez suggests these directors should examine the “scare landscape” and see how they can improve on it. Screenwriters should consider how they can set up and pay off a scare in a new and refreshing way. It’s important not to become too academic about it. There is no algorithmic formula to predict the success of a horror film.

Part of innovating any genre is to not consciously think about the genre and its associated tropes. Allowing the story and characters to inform the screenplay will help screenwriters avoid the genre traps.

Scares Can Be Subtle

Not all scares need to be loud. Fanfare isn’t always the most effective horror. Horror writers should also focus on building, sustaining and releasing tension. Aim to build to the dramatic crescendos with moments. These are more effective than firing a scare machine. As horror writers become more comfortable with their craft, the positioning and timing of the scares become more intuitive to allow a more visceral and organic audience experience. Whannell keeps an internal metronome to time his scares.

Fede Alvarez always aims to push the horror movie bar higher. “Write the generic version of your script and then dare to delete it. Good enough isn’t good enough anymore. It has to be great.”

Horror screenwriters should never try to emulate the material that’s currently on release. If the current horror film landscape is average, don’t decide that this is the standard you should aim for. “You’re trying to write a horror film that’s better than what hasn’t been released yet,” according to Whannell. Film executives will be attracted by a horror take they haven’t seen or experienced before. A unique screenplay will always fare better than a boilerplate one, even if it’s technically inferior. This is not a license to write subpar screenplays.

Fede is more philosophical in his approach to screenwriting. “The best horror films come from asking what am I scared of in real life. Write what gives you chills. Write what disturbs you. Something primal and human.”

Every screenwriter has influences from more accomplished screenwriters. By all means, use these inspirations as a muse or homage, but also know when to bid them goodbye. You don’t want to be a derivative horror writer. Your inspiration is exactly that; not a template. “Try and get into your own film language,” said Whannell.

Develop a your personal voice and writing style. Leigh Whannell confessed to writing novelistically before trimming his pages early in his career. Conversely, for Fede, “I write as little description as possible. I don’t care about flair and style so long as the story is amazing. Do what works for you. A script with too much flair is a waste of my energy.”

Alvarez believes that the secret of every good screenplay, irrespective of genre, lies in the ability of screenwriters to understand and capture humanity on the page. “The difference between a good script and a bad one is asking why is that character doing that and treating someone that way?” An understanding of human behavior doesn’t dictate whether characters are good or bad. It makes them more real. What makes a person evil? The audience will ultimately answer that question.

“Once you know people you can write them better on the page. Discover their dirty secrets and how they hide it. Discover who they really are. We all deal with bad thoughts,” said Alvarez.

For Whannell, “Watching people struggle against circumstances is what builds character. Allow the audience to watch them react to these circumstances and they will decide very quickly who to invest their time in.“