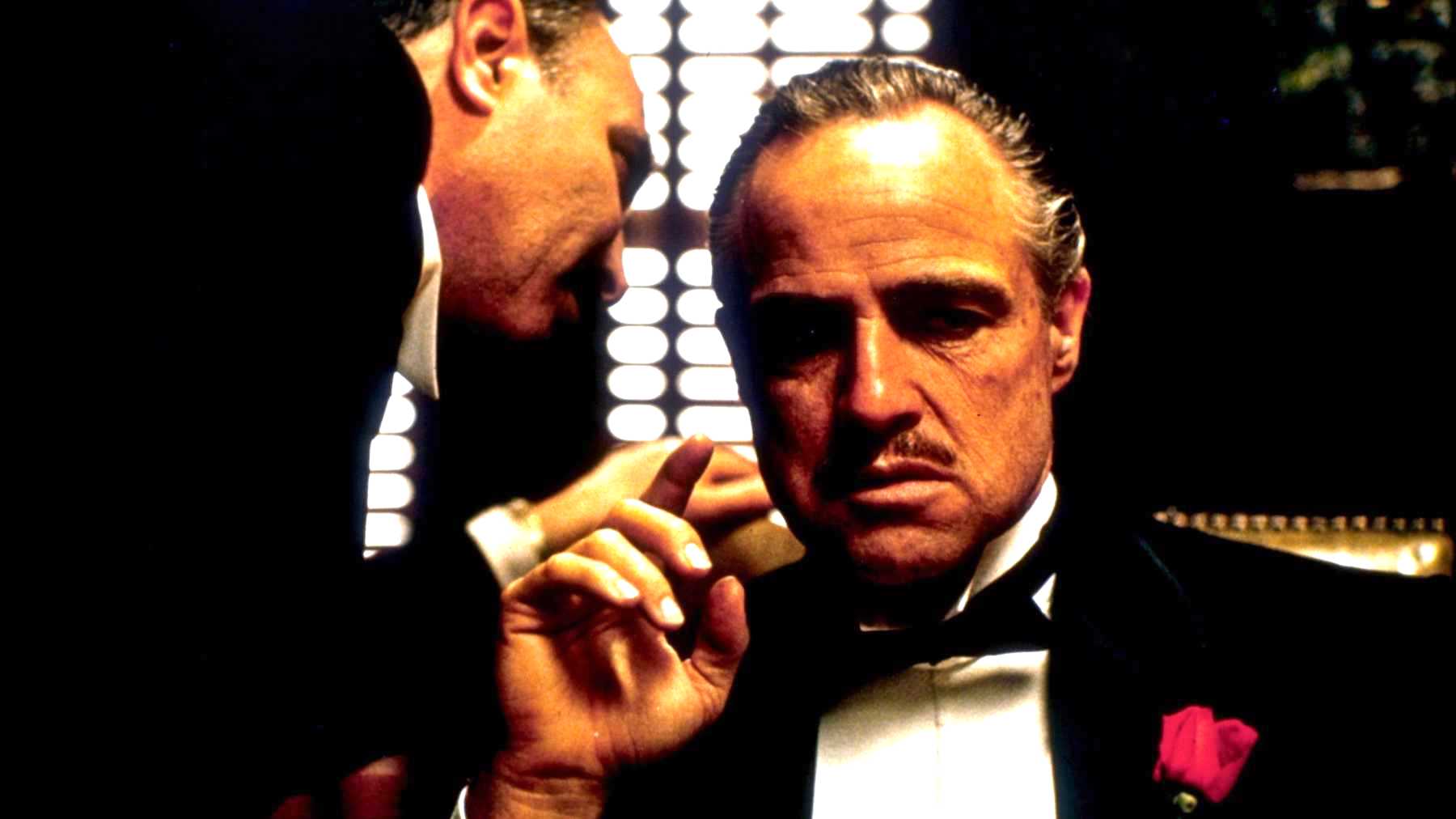 The Godfather, perhaps the traditional gangster film most people know, features a family involved in organized crime. They were our focal points, our POV characters. Michael Corleone (Al Pacino) was outside of this world – almost. Their daily lives involved weddings, funerals, dinners, business meetings and – murder. What must the psychological underpinnings of characters like that be? Mario Puzo and Francis Coppola showed us to great effect.

Any gangster, be it Mafia or drug lord, holds fascination for writer and audience both. Writing characters with clearly defined agendas makes your life easier. You don’t really need to go into depth with your characters and their motivations. Everyone knows, understands that a gang member – any gang member – is living on the razor’s edge.

Day to day life in gangster films and television shows is infused with both implicit and explicit violence. It’s always there, bubbling beneath the surface. The opening of Casino shows Ace Rothstein (Robert DeNiro) getting into his car and a bomb going off. We couldn’t live in that kind of stress ball but Rothstein explains it in narration:

When you love someone, you’ve gotta
trust them. There’s no other way.
You’ve got to give them the key to
everything that’s yours.

Otherwise, what’s the point? And, for a while…
I believed that’s the kind of love I had.

He’s talking mainly about the Sharon Stone character, but his attitude is que sera sera – whatever will be, will be. What a marvelous set of characters to write – men and women whose fatalistic outlook is built in, whose lives are even more anxiety-filled than ours. Audiences take comfort in the fact that they, at least, don’t have to worry about anything more than a dead battery when they try to start their car. 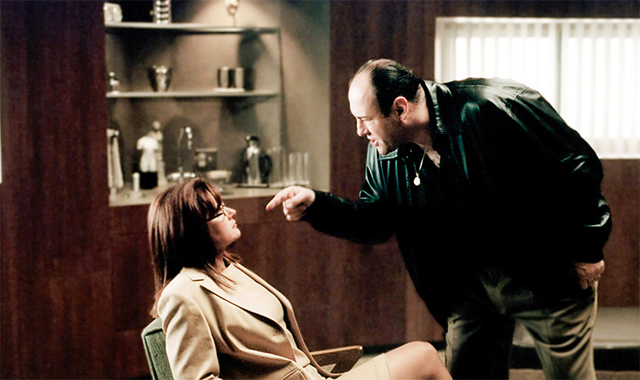 Famously, David Chase explored the effects of this daily stress in realistic fashion by having his main character, Tony Soprano (James Gandolfini), experience anxiety attacks that caused him to pass out. Tony went to a psychologist (Loraine Bracco) to try to get beyond it, but he never really did because if anything the stress got worse as the seasons progressed.

An always popular subset of gangster movies/TV is the cops who have to catch them.

Gangsters define cops and cops define gangsters. This is made clear in Michael Mann’s Heat where Al Pacino (cop) and Robert De Niro (gangster) decide to call a truce and sit down in a diner to chat.

I am never going back. (to prison)

The adversarial intensity is eye-to-eye.

Then don’t take down scores.

I do what I do best. I take
scores. You do what you do best
trying to stop guys like me.

Eliot Ness and Jimmy Malone in The Untouchables brought Al Capone down even at the cost of Malone’s life. Ness learned how to deal with Capone in Chicago-fashion as Capone threatened and made a fool of him. Recently, Kevin Costner and Woody Harrelson in The Highwaymen portrayed the Texas rangers who tracked down Bonnie and Clyde and they were defined by that manhunt that crossed state boundaries and powerfully impacted their lives.

In the original Untouchables TV series Lee! Rico! Youngblood! joined Eliot Ness (Robert Stack) as he and the FBI worked tirelessly to bring mobsters to justice.

Justified brilliantly showed Marshal Raylon Givens (Timothy Oliphant) taking on the Dixie Mafia. Donnie Brasco has Johnny Depp playing the titular character as he goes undercover to infiltrate the mob and gets immersed into the lifestyle much more than he imagined.

In American Gangster the life of Frank Lucas is mainly detailed but following a parallel path in the storyline is the cop played by Russell Crowe who built a case against Lucas that took the Harlem crime lord down. 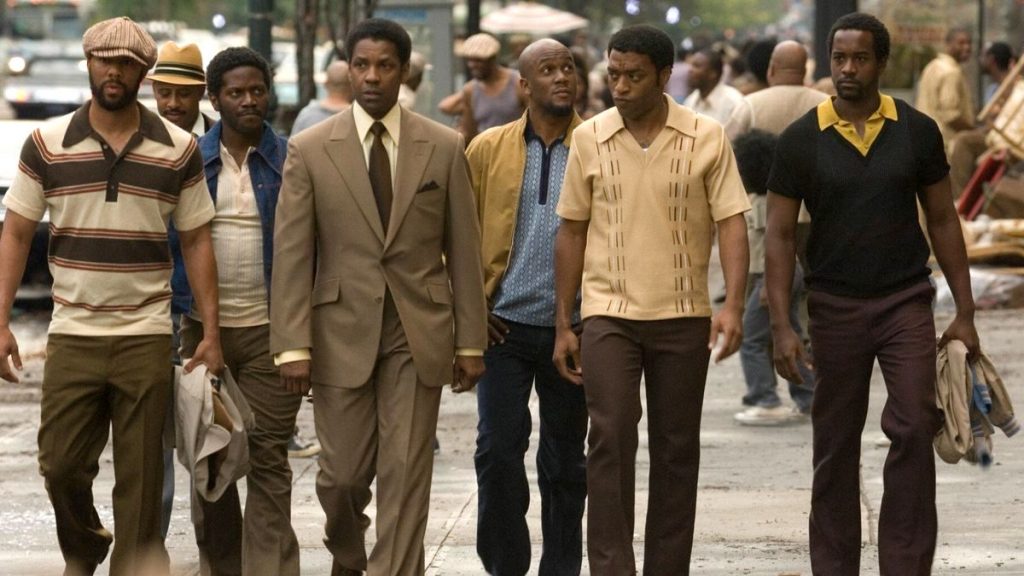 All these men and women have callings. They want to take out bad guys as much as the bad guys don’t want to be caught. Their lives are stress-filled as much as any gangster but they don’t care. They will sacrifice just about anything to bring justice to the world.

An odd mix of cop and criminal is The Shield in which the Strike Team was the gang that also busted gangs.  Seven brilliant seasons of explosive, twisty drama.

All throughout this article are mentions of movies and television based in real characters. Bad boys and girls were the first fascination in almost every gangster film from the 30’s on. Pretty Boy Floyd, Al Capone, the Krays, Bonnie and Clyde, Bugsy Malone, Bugs Moran – all made their debut first in the newspapers and then on the big screen.

Not every entry in this genre may be based in true events but certainly many, many of them are inspired by real counterparts. Boardwalk Empire follows Nucky Thompson as he navigates prohibition in Atlantic City. That Steve Buscemi character is loosely based on politician Enoch Lewis Johnson who ruled New Jersey in the Roaring Twenties during the Prohibition era. 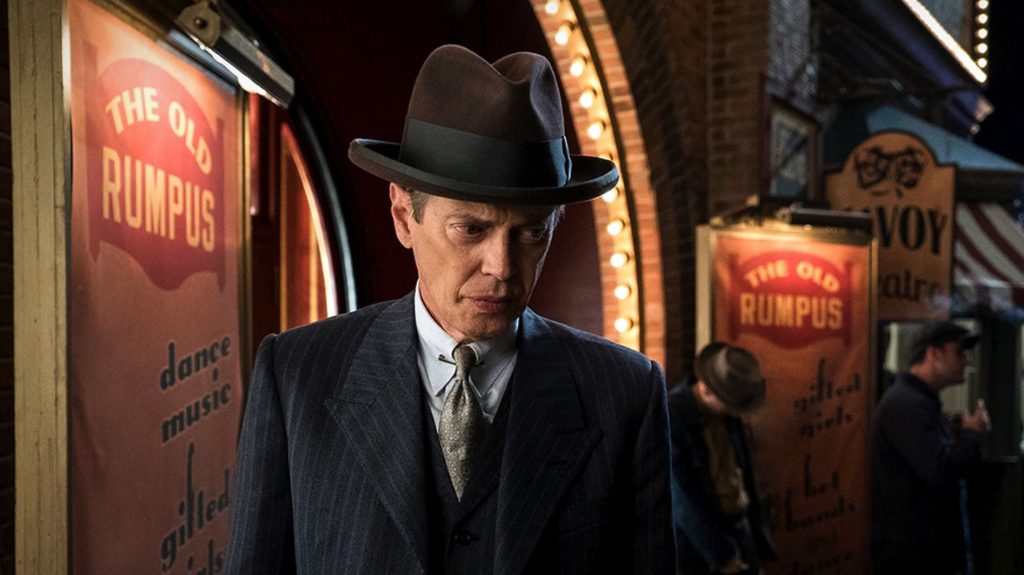 The stunning City of God has at its core the favelas, the real life slums of Rio de Janeiro. Even though the young gangster characters aren’t directly based on anyone in particular the story follows a trio of youths living in a newly built housing project in Rio that will grow to become the focus of rampant crime.

Certainly, James Cagney, made his bones playing psychopaths, none more memorable than Cody Jarrett who was an amalgam of Ma Barker’s gang, many of who were actually her sons. White Heat remains one of the strongest entries into the gangster movie pantheon.

Bugsy details gangster and Vegas founder Benjamin ‘Bugsy’ Siegel who became a rich celebrity bad boy but who also paid the price for his out-sized life when he was murdered at his girlfriend’s, Virginia Hill’s, house.

Every culture, every generation has criminals and most of them are in some form of organized gang. Certainly Italian mobsters are how we traditionally view gangster films, but there doesn’t exist a country or civilization that didn’t have, or doesn’t currently have criminals that have formed into a deadly alliance of some sort

India has the Mumbai underworld and Punjab mafia to mention two criminal groups in South Asia. Chinese Triads date back to the 18th century.  The show Peaky Blinders is an example of a British gang (sometimes called ‘firms’ in today’s reference) set in 1900’s Birmingham. Serbs feature dozens of mafias. The Japanese Yakusa is ancient and continues today. In America, so-called street gangs, Irish, Jewish, Black, Hispanic have been around since the 1800’s predating even the Mafia. 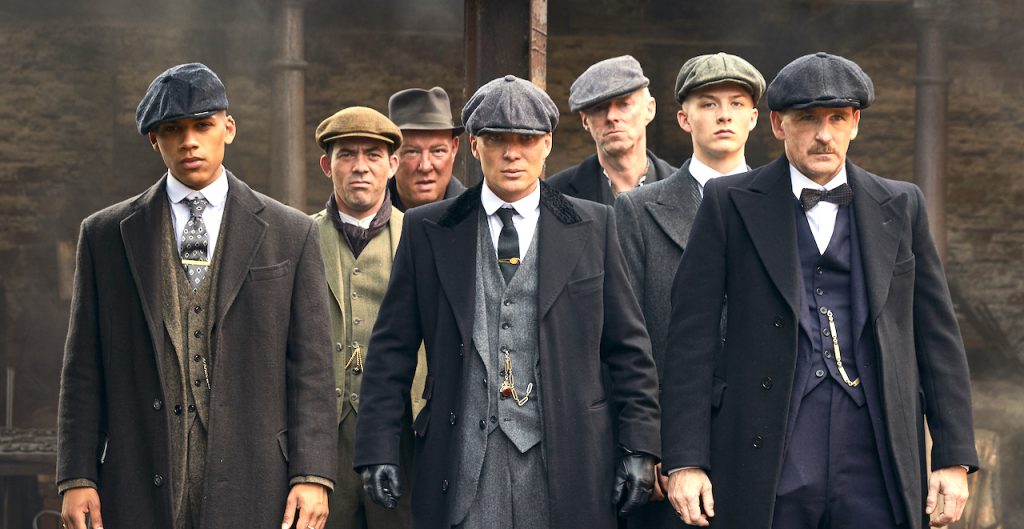 Writing an organized crime script can be easier than most given  the universality of these criminal gangs and how long they’ve been operating in all cultures.

There are many, many variations of the traditional gangster film. The brilliant The Long Good Friday featuring Bob Hoskins as gangster Harold Shand tells a tale of a Brit mobster trying to go legit but who is involved in a war with…who? No one knows and the reveal is amazingly powerful and ungangster-like (maybe). Stunning writing and performances.

John Singleton’s Boyz In The Hood broke new ground with its depictions of gangs and youth in South Central L.A. and the toll those affiliations had on friends and family.

Game of Thrones as a gangster film? I can make that connection especially where it comes to House Lannister.

Funny mobsters? None better than Analyze This! and Analyze That! where Billy Crystal and Robert De Niro become allies in trying to transition De Niro out of crime. So many gangster tropes are skewered by De Niro playing to type but in hilarious fashion.

VITTI (De Niro)
[to customer, while working as an auto salesman]

Look at the size of this trunk.
You can put three bodies in there.

Snatch is filled with the gangsters who can’t shoot straight. Standup Guys features veteran actors who have all played bad guys poking fun at themselves and the stereotypical roles they’ve had.

But even before all these, 1961’s Pocketful of Miracles based on a Damon Runyon 1929 short story had Glenn Ford and Colombo’s Peter Falk as superstitious gangsters involved in a goofy scheme to make Bette Davis’ character, Apple Annie, happy. The original film by director Frank Capra (the Glenn Ford version was actually a remake, also by Capra) was first shot in 1933!

Female gangsters form a decided minority in these typically testosterone-driven movies but outliers like Gloria, The Kitchen, Bloody Mama, and Mob Girl” do exist.

Like westerns, gangster films of the type that dominated the mid-20th century are not being made as much but Ray Donovan, The Sopranos, The Irishman, We Own The Night, and Boondock Saints all certainly make a case for a potential resurrection of a genre that never seems to die.

Finding a way in to gangster stories can certainly yield rewards. It’s an enduring and still vastly untapped storyland if you can find that angle that gives you all the great genre conventions of the past, with some new twists.